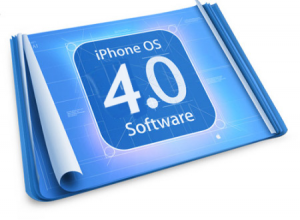 I’ve just returned from an Easter break and thought I’d better catch up with a little bit of news and then this hits me!

Apple has sent out invites to a selected group via email informing them about an upcoming event this week, in which they will be introducing iPhone OS 4.0.

It looks like Apple will be holding the event on April 8th, which is this coming Thursday. The event will be taking place at 10am Pacific Time in the Town Hall on Apple’s Cupertino, California campus.

This is when the world finally gets a glimpse of what Apple has to offer with their new iPhone operating system.

Reports of iPhone OS 4.0 features began to surface in January ahead of the iPad media event.

At the time, claims of new multi-touch gesture support, multitasking, and a user interface refresh were making the rounds. Multitasking has been the focus of a number reports, with a recent one noting that iPhone OS 4.0 will carry an implementation similar to that of ExposÃ© in Mac OS X.

Other rumored features include a unified inbox for multiple email accounts and the ability to place contacts directly on the home screen.

Hopefully none of this will clutter a very clean and friendly OS.

The new operating system is presumed to be introduced alongside new iPhone hardware sometime in the June/July area.

But, doesn’t this strike any as being odd though? You know, releasing the software before the hardware? I can’t see it making much difference to the existing iPhone’s out there and the iPad surely can’t need an update already can it?