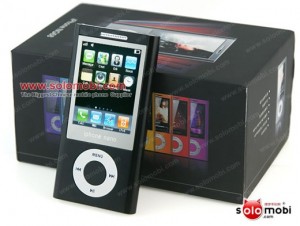 Well – if the fruity handheld maker needed any nudges in the right direction then they should head over to Shenzhen.

The nifty knock-off is even called the iphone nano has emerged!

It features many of the iPhone and iPod Nano’s good bits and even rubs Apple‘s nose in it as it touts a 5 megapixel camera – Oooooo…. burn!

The iphone nano will also take 8 and 16 gig T-Flash cards and come in either black or silver colourways.

It costs around 60 quid and you wont have to sign a 2 year contract…… sounds tempting doesn’t it?