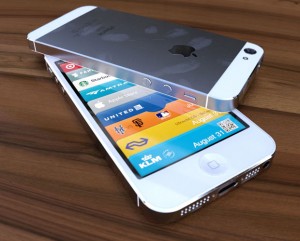 Word is that Apple’s next-generation handset is expected to launch in October – but, let’s face it, we don’t even really know what it’s going to be called. Will it be the new iPhone or iPhone 5? Well, I have news for you…

The CEO of Apple’s manufacturing partner Foxconn, Terry Gou, has hosted a press conference to explain how its new five year plan will hope to see leave Samsung behind in his rear-view mirror.

Amongst all the boasting of being the only place to be able to produce 60-80-inch panels thanks to their new screen plant he then let something very interesting slip.

Reports from people at the press conference say he claimed that consumers should hold off from buying the Samsung Galaxy SIII, as it will be ‘put to shame’ by the iPhone 5. Well, with the Galaxy SIII exploding the new iPhone may have it a little easier now 😉

I reckon that the next iPhone being named by the man in charge of the people producing it is as pretty good bet – that and the fact that Apple has acquired iPhone5.com and iPhone 5 has already appeared on Apple databases probably means that the bookies aren’t really going to be giving you exciting odds.