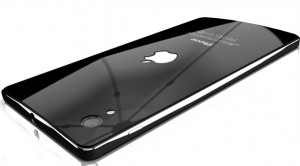 We’ve seen what the iPhone 5 case (probably) looks like and that it will (may)be equipped with a Nano-SIM but what about the screen on the new iPhone? Well, there’s news about that too!

Here’s the latest rumour in the lead up to the anticipated August release of Apple’s next generation of iPhone.

It seems to be agreed that the new iPhone will be sporting a longer display which will probably measure 4-inches on the diagonal in a 16:9 widescreen format.

But that’s not all – whispers point to the iPhone 5 being set to rock the thinnest slither of mobile tech this side of the original Motorola Razr.

The Wall Street Journal has reliable sources at Sharp, LG and Japan Display, who just happen to be reportedly manufacturing Apple’s super screens and blessed with loose lips.

According to their intel the iPhone 5 will sport a far thinner display, thanks to tech that removes the need for an external touch sensor.

“The technology integrates touch sensors into the LCD,” states the report “making it unnecessary to have a separate touch-screen layer. The absence of the layer, usually about half a millimeter thick, not only makes the whole screen thinner, but the quality of displayed images would improve, said DisplaySearch analyst Hiroshi Hayase.”

If all of these rumours are true, and the new iPhone is due in August, this means that production is already under way and iPhone 5 is going to be a good one.