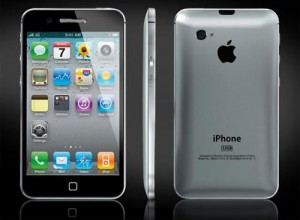 Get ready people – if word on the street is to believed then we could be seeing a pair of new iPhone’s appearing around September time and the iPhone 5 could well look like this.

This design clearly takes a few cues from the iPad 2 with its thin, angled aluminium casing.

Michal Bonikowski has obviously been listening to the Apple rumours flying around for this concept, as the designer has included the curved back-plate and larger touchscreen which have both been talked about and follows the apparently radical refresh in the looks department.

Internally the iPhone is supposed to sport a dual-core processor and NFC technology. Other additions rumoured to be included on the premium smartphone are an 8-megapixel camera with 1080p Full HD video recording capabilities partnered with a dual LED flash.