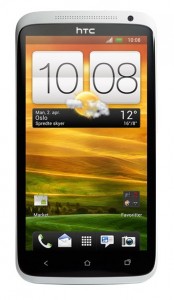 Most people will be aware that Samsung and Apple have their horns firmly locked in the smartphone arena. Perhaps this was enough to let HTC sneak past them both?

The iPhone 5 scored an average approval rating of 8.21 out of 10 across those 52,140 customers polled, nudging it just ahead of the Galaxy SIII in the making buyers happy charts, which had an average rating of 8.09.

OK, so that’s not a million miles apart but those figures do show that the majority of S III and iPhone 5 owners are absolutely cock-a-hoop with their choice of gadget. 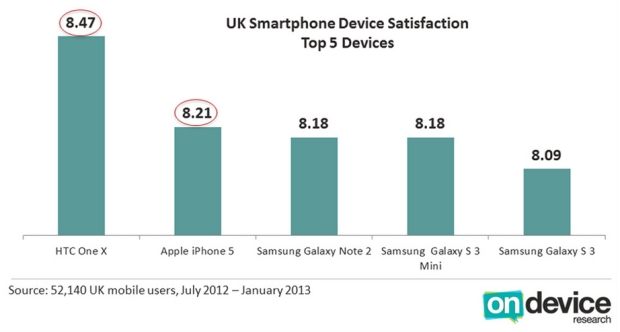 But that’s nothing to the wildcard in first place. The HTC One X scored a very impressive 8.47 in the buyer satisfaction poll!

I enjoyed my time with the quad core HTC and can defintely see why owners are rightly chuffed with their purchase.

Some people complained about a bit of screen flex and the S III did better than the One X in a benchmark death match, but buyers don’t seem too bothered by any of that. One X users are happier than others with rival phones.

Is Apple losing ground to its competitors?

What do you think? Do you agree? Let me know below.