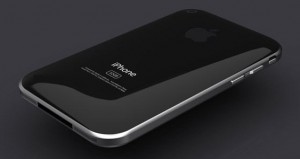 Not long to wait now. In fact the announcement is only a few days away and it seems that systems are being updated in preparation for the arrival of the new look iPhone 5.

The highly anticipated successor to the iPhone 4, given codename N94, has landed in Apple’s inventory!

Apple’s brand new iPhone was spotted in its internal inventory, 24 hours after a string of other new devices were also spotted on the same list. This new handset has been handed the codename N94, which actually suggests the iPhone 5 might still be called the iPhone 4S.

You see the N94 moniker ties in with previous rumours surrounding a packaging label which has the same number and includes the name iPhone 4S.

Granted, this was discovered in China, the land of the clones and copies so a handful of salt may be required. Fact is though, with this new information about the phones codename from inside Apple, the iPhone 4S name is looking more likely.

As well as the iPhone 5 (or iPhone 4S I guess), there looks set to be a new 8GB iPhone 4 and a white iPod touch unveiled at next week’s Apple keynote in California.