iPhone 5 Could Have 8 Megapixel Camera 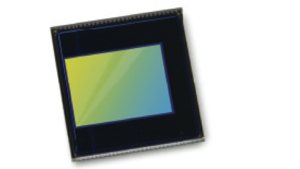 Yeah – there’s loads of iPhone 5 rumours flying around at the moment.

An iPhone Nano? Again? Wouldn’t that require all the app icons being re-worked to fit on the rumoured edge-to-egde mini screen?

This slightly more reasonable rumor has Apple testing at least one prototype next-gen iPhone hardware with an 8MP camera.

OmniVision, which has supplied many of the camera sensors used in past iPhone models, has just announced an 8MP sensor with improved backside illumination.

The timing is right for Apple to bump up to 8MP from 5.

Having more megapixels is one thing but actual pixel size is one of the biggest factors affecting sensitivity – especially in those low light situations. Apple opted for a sensor that uses backside illumination technology, which rearranges the physical layout of the photodiodes (the little fellas that convert light into either current or voltage) on the sensor to allow more light to reach each individual pixel.

The new 8MP sensor announced by OmniVision on Tuesday is a 1/3.2″ size sensor, offering Apple a drop-in replacement for the 5MP sensor it currently uses for the iPhone 4.

The thing is that, apparently, even though OmniVision’s OV8830 has a 35% improvement in low-light performance the current iPhone snapper still rates better. OmniVision claims a sensitivity of 864 mV/luxÂ·sec for the new sensor, whereas the sensor in the iPhone 4 is rated at greater than 1300 mV/luxÂ·sec.

So – would having an 8MP snapper tempt you from Android or WinPho 7?