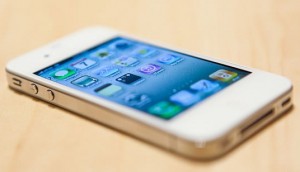 Since I’ve been out on the road with Subset I’ve just managed to catch up with what’s happening with the ever-running iPhone 4 reception debacle.

First thing is that there’s now a software update of Apple’s iOS – this makes the signal bars more accurate as this is something that Apple has confessed to getting “totally wrong” for some time.

Obviously, iOS 4.0.1 wont cure any problem that people are having as regards call drops but it will give iPhone owners a better idea of how much signal they have.

My iPhone has just finished getting updated and the signal bars do look chunkier but the important thing is that it’s also given the phones algorithms for signal display a kick up the antennae.

I’ve yet to test this out properly but Anandtech reports this update has made some significant changes. 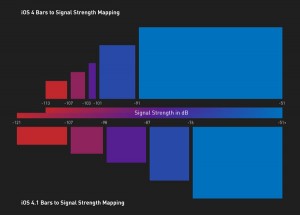 So – if this only tells you how much actual signal you’re getting, what’s happening on the hardware front as this is what’s actually causing the problem?

Steve Jobs called an emergency press conference at Apple HQ to address all the press that the iPhone 4’s call dropping has cause. He opened with the words:

“We’re not perfect. Phones aren’t perfect… But we want to make all our users happy.”

In a near genius move he went on to say that Apple is giving all iPhone 4 owners a free case for their phone.

Yup, in their wisdom, Jobs and co wants everyone to cover up one of the best looking phones on the market today.

He speculated that this was because most people who own a 3GS have a case for it. By contrast, he said, most iPhone 4s leave Apple stores without a case. Errrrrrrrrrr………… nice try Stevie but I never had a case for my 3G and that worked just fine – but then, I’ve not had any real problem with the 4 either.

To get your free case you’ll have to apply via the Apple website from 22 July. Mr Jobs said Apple could not make enough for all owners of the phone but would source a supply and offer a range of cases – I’ve got my eye on a few if Steve would be kind enough 😉

Apple will offer the free cases until 30 September – even to us in the UK!

If you’re one of the apparent few who have already bought a case, Apple will offer you a refund to the cost of a Bumper by the sounds of things. Hard luck if you’ve splashed out on a Louis Vuitton number 😉

Jobsy says that Apple invested over $100m in antenna testing in the last five years, and in recent testing of the bug, “one of the first things we learned: it’s certainly not unique to the iPhone.”

He demonstrated a similar drop in signal on a BlackBerry Bold 9700, a Samsung Omnia 2 and an HTC Droid Eris, saying, “It’s a challenge for the whole industry.”

Now – do you think that the world is picking on Apple because of their profile or is it that we expect less from other brands as I’ve not really heard people complaining about their BlackBerry’s – it’s mainly about their phone networks.

Steve also confirmed the white iPhone will finally arrive in the US at the end of July.

You can see what Apple has to say here.