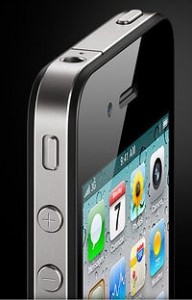 Could this have been a planned marketing ploy by Apple?

It seems that the new iPhone 4 is trying to weed out all those that answer calls by holding the phone in their left hand.

Many reports have hit the interwebs stating that there’s a distinct drop in signal strength when Apple’s new flagship blower is held in the left hand.

The problem seems to occur when the iPhone 4 is held in the left hand with the palm covering the lower-left part of the stainless steel band which houses part of the antenna.

However, not all iPhone 4 owners have encountered the problem.

Steve Jobs responded to a query about the problem from one owner via the Ars Technica website with the advice: “Just avoid holding it in that way.” Nice one Steve, nice one 😉

In an official statement, Apple said: “Gripping any mobile phone will result in some attenuation of its antenna performance, with certain places being worse than others depending on the placement of the antennas.”

They recommend the iPhone 4 Bumpers at Â£25 a pop as a possible remedy by saying: “This is a fact of life for every wireless phone. If you ever experience this on your iPhone 4, avoid gripping it in the lower left corner in a way that covers both sides of the black strip in the metal band, or simply use one of many available cases.” Clever eh?

Well, I have mine and no apparent loss of signal as yet – I’ll keep you posted 🙂