iPad 2 Rear Camera – Not Even 1 Megapixel ‘Useless for Stills’ 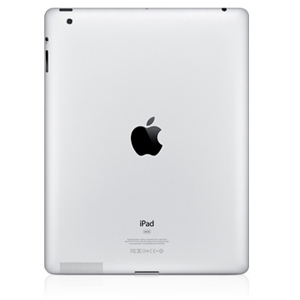 It’s the easiest thing (for me anyhow) to be swayed by the new shininess of fresh, hot from the oven tech.

One thing I have realised now that the excitement of Appleâ€™s second generation iPad outing has quietened down is that there seems to be a distinct lack of spec for the iPad 2’s main addition. That of the rear camera.

I would have expected it to be the same unit that arrived and pleased many an iPhone 4 owner. By all accounts it’s probably a lot more basic and is more akin to that slipped into the iPod Touch.

You see Apple appeared to listen to the gripes from iPhone owners and so packed the iPhone 4 with a decent camera and even gave it HDR smarts. The latest iPod Touch touched-down with a far lesser snapper as does the iPad 2.

According to a report by Wired the deviceâ€™s rear camera is good only for video:

â€œThe specs for the iPadâ€™s rear-facing camera only lists one number: 720p. That should mean 1280 x 720 pixels, which gives a megapixel figure of 0.92, clearly useless for stills.â€

They go on to say that the not-so-cheap iPad 2 and iPod Touch may share identical cameras – shooting stills at â€œjust shy of 0.7 megapixels.â€

Granted, taking a quick snap with a tablet would look kinda silly and makes more sense to use your phone or even, dare I suggest, a camera? Then, on the flip-side, the iPad 2 is a premium product and I for one would assume that there would be no corners cut in what it offers the user.

What do you think? Would you be happy spending all that money on something packing a sub megapixel snapper?