iPad mini with Retina display will arrive in limited numbers 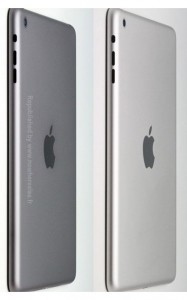 Apple is apparently gearing up to rollout new iPads soon, including an iPad mini with a high-resolution Retina display. That Retina mini may be in very short supply according to a new report from Reuters.

Reuters reports that sources working in Apple’s supply chain say that production on a Retina iPad mini has only just started being ramped up ahead of its release, leading to a strong likelihood that there will be relatively few available during the holiday shopping season.

These same sources said Apple planned to reveal the second-generation mini later this month, but suppliers of the high-resolution Retina display panels bound for the device have been holding up production. Current Apple display suppliers LG Display, Samsung and Sharp reportedly vied for the contract, though the final order breakdown is unknown.

The Retina mini will be supply constrained at launch because of delays due in part to Apple’s requirement that display makers deliver panels which operate within strict power-saving parameters. One of the main concerns with using a power-hungry Retina display in a small form factor tablet is its toll on battery life. Apple will obviously not want to equip the iPad mini with the Retina display if it proves to be too greedy.

It sounds as though Apple’s Retina mini wont be available in large quantities until next year, and Reuters’ sources couldn’t say for sure whether the Mac maker would hold off on a retail launch entirely until 2014, or offer up only limited numbers of the devices before the end of the year.

Chances are that we’ll still see an unveiling of the new iPad mini with Retina display in time for Christmas lists irrespective of any potential supply issues.

The shortages will only increase their desirability and people will likely have to line up or order far in advance in order to secure them. Pretty much standard for Apple fans.