iPad to get 16:9 widescreen treatment 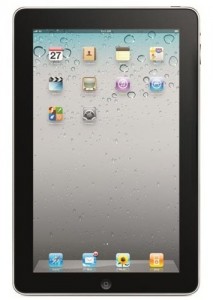 Apple’s iPhone 5 is the first of Apple’s iOS devices to be equipped with a 16:9 aspect ratio but there is word that the iPad may also get the ability to watch movies without those annoying black bars.

According to the rumor currently circulating in tech circles Apple is working on a new iPad display that will come with the same 16:9 aspect ratio as the newly elongated iPhone.

Ditching the 4:3 aspect ratio seen on the present iPads in favour of the 16:9 ratio will mean no more black bars at the top and bottom of the display when you watch a movie and will also endow the Apple tablet with more room for apps and the like.

Now, I am aware that I’m adding 2+2 together to get 5.65 but, with the rumors that Apple will launch a smaller iPad Mini later this year, is it too much of a stretch to suppose that its 7-inch display could come with a 16:9 aspect ratio?

Well, it is said to be following the iPhone 5 with its new Lightning connector so why not its screen ratio?