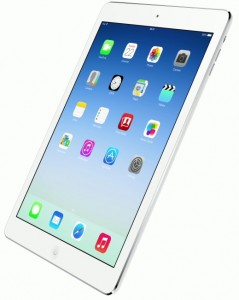 The official UK prices for both of Apple’s new tablets have now been announced and the UK mobile networks have started to reveal who’s getting what. Read on if you’re fancying an iPad Air or the new iPad mini.

If you are wanting to hook your new iPad up to 4G, then you’ll be glad to hear that EE and Vodafone have confirmed that they will sell the Apple iPad mini and iPad Air on 4G contracts.

Both new tablets, announced yesterday and on sale next month, have the option of extra-fast 4G LTE technology for speedy surfing and streaming when you’re out and about. This gives you the choice of 3G or 4G contracts. 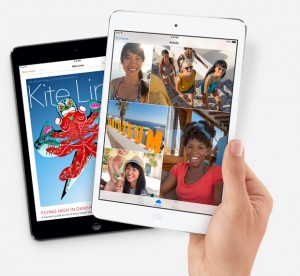 Alternatively you can buy either tablet without a mobile data option, connecting to the Internet over Wi-Fi. Just like Nokia said you would when they released the Lumia 2520 tablet.

Three was the first UK network out of the blocks to confirm that it would offer the new iPads and I dare say that it’s safe to assume that O2 will be offering the new Apple tabs on its 4G service also.

You’ll be able to grab the new iPads at Currys and PC World and, although there’s no plans for a pre-order option, if you order your new iPad on launch day it can wing its way to you via same-day delivery.

The new iPads will go on sale in the UK on November 1st.

In other words, to get the version that doesn’t rely on a Wi-Fi connection for Internet, you’ll need to add £100 to whatever capacity version you were considering.

Add a mobile data connection and, as with the iPad Air, you also add a hundred quid to the cost.

Prices from the networks will be confirmed nearer to the launch.