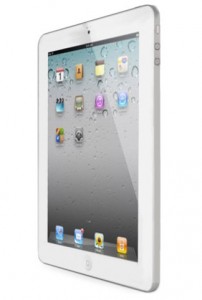 More tablet news and the iPad 2 rumour mill is certainly churning out the good-stuff as we hurtle towards 2011!

Apple’s new year announcement looks like it could include the bombshell that they will not release a single follow-up to their niche creating and monopolising tablet but three! â€” a WiFi, UMTS and CDMA version.

Respected industry insiders, DigiTimes, reports that Apple will release the three versions of the iPad in a 3:4:3 build ratio, putting a touch more emphasis on the UMTS (Universal Mobile Telecommunications System) version. They also state that production of the iPad 2 will begin in the first half of January, with about a half-million iPad 2s flying off the production line.

The reason for the slightly higher production numbers of the UMTS variant could be due to the 3G model accounting for between 60% and 65% of current iPad sales.

The success of Amazon’sÂ Kindle

has no doubt added to Apple’s push to improve their screen technology, specifically in direct-light environments – we can expect special screen treatments to appear on the next gen iPad which will reduce smudging and reflection. Don’t be expecting an active-matrix organic LED display though as there’s limited supplies of the panels needed. Â Add to that the difficulties associated with mass producing an OLED display means that Apple will more-than-likely stick with the backlit LCD display with IPS technology for the iPad 2. Those anti-smudging and anti-reflective treatments will still be incorporated with that display though 😉

Apple’s plan is to chuck out around 40 million iPad 2s in 2011, which is nearly three quarters of the tablet space! That stacks up against the 16 million units Apple have shifted of the current crop of iPads in 2010. There will be a stock of around two to three million original iPads available for retail outlets as the company begins to phase out the existing model as the iPad 2 prepares for its crusade.

No update regarding the body material – I’m still hoping for some carbon fibre action!

It sounds like the BlackBerry PlayBook should definitely up its game if it’s still planning on getting in the ring.

Are you planning on grabbing an iPad 2 – if so, which one?