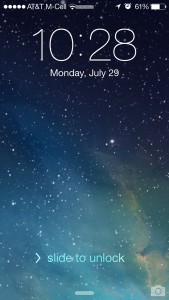 Apple today released the fourth beta of iOS 7. Amongst the improvements and bug fixes to the operating system there’s a designed lockscreen, and hints that the Home Button will pack a fingerprint sensor.

iOS 7 beta 4 includes a number of improvements and tweaks to the iPhone and iPad operating system.

The first one anybody would notice is that the Slide to Unlock function screen has been updated with a shifting highlight colour and an arrow that draws attention to the area on the lockscreen. The arrow that denoted the Notification Center is now a fat line at the bottom of the screen, as seen in the picture.

There have been improvements to the Mail app which now features quicker deletion of inbox messages thanks to a smoother delete animation that eliminates the slight lag, whereas Siri’s help menu now includes suggestions for question and answer queries.

There’s slight changes to Safari and Mail icons and the Call button has been updated to take up less room on the screen with the Answer/Decline buttons also getting some love. Safari’s Bookmarks, Shared Links and Reading List now get icons instead of labels.

That’s all good, but the real interesting thing was brought to light by Hamza Sood via 9to5Mac.

Following its 2012 acquisition of mobile security firm AuthenTec, whose specialty was in fingerprint sensors, Apple has been rumored to be looking to incorporate its technology into future fruity products.

Amongst all the things mentioned above, Apple’s developer release of iOS 7 beta 4 today drops quite a large hint that Apple is indeed planning to bring the technology to the iPhone later this year.

The evidence arrives in the form of a new code bundle in the Accessibility portion of iOS 7. 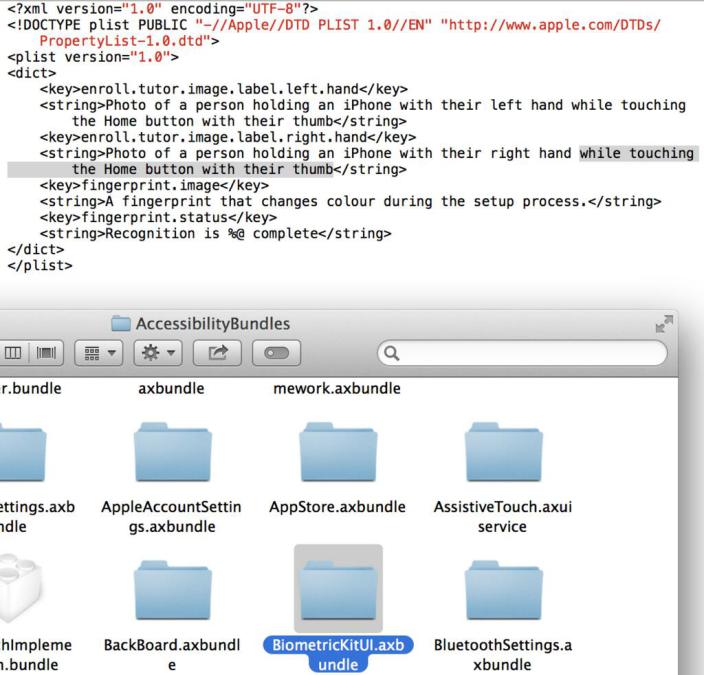 The bundle, named BiometricKitUI, contains text strings related to a tutorial on how to use a fingerprint sensor on an iPhone. The relevant strings include:

According to a source familiar with the development of the new iPhone, the user-interface for the fingerprint scanning system has been complete.

This person also says that the technology is focused around unlocking the phone, so it is unclear if it is also built for use of a secure payment system in the next iPhone.