Continuing our look at PS4/PS Vita releases, we look at Switch Galaxy Ultra. Switch Galaxy Ultra is an insanely addictive, fast-paced, reflex-based arcade challenge with gorgeous visuals. We had the privilege of hooking up with Gary Nichols, CEO of Atomicom to talk Psygnosis, Platinums, Shahid Ahmad and more…

Could you first tell us a bit of history about how you got where you are today and what attracted you to work in the gaming industry?

This could be a long answer! Basically I left school with very few qualifications and a love of games so always knew I wanted to work in the games industry as nothing else appealed to me. I was fortunate to live not too far away from the legendary games company Psygnosis so I applied a number of times but each time was turned away. In the end, persistence paid off and eventually they took me on to start work as a games tester. Within 6 months I’d moved into the marketing department and was tasked with helping Sony promote Playstation and the Psygnosis launch titles to retailers in the UK, which was one of the most exciting times in my career. After that I became PR manager and worked on a ton of Psygnosis games over the years, in fact I even got headhunted by a small startup who only had three staff at the time, I’d never heard of them so turned the opportunity down… it was Rockstar. Eventually the Marketing and Sales department was closed down and I moved to a Japanese games company then and was responsible for marketing and PR for their Formula One titles, as well as eventually liaising with the F1 teams and Formula One Management. Unfortunately the company made some bad decisions about supporting Dreamcast slightly too long and eventually ran out of money due to poor sales and had to close down. After that I was invited by Bernie Ecclestone to go and meet with him and was offered the chance to go and work for him but I’d already decided to start my own development company so that’s what I did. We did ok for a while, at our height we had a team of 45 staff and were doing three titles at once and worked with Ubisoft, Sega and Sony and launched games across PS3, Xbox 360, Wii, DS, PC and, Mobile. We’re much smaller now though and have a tight team of 10 people and great tech so it’s very exciting to be doing a PS4/Vita title with such a small studio. 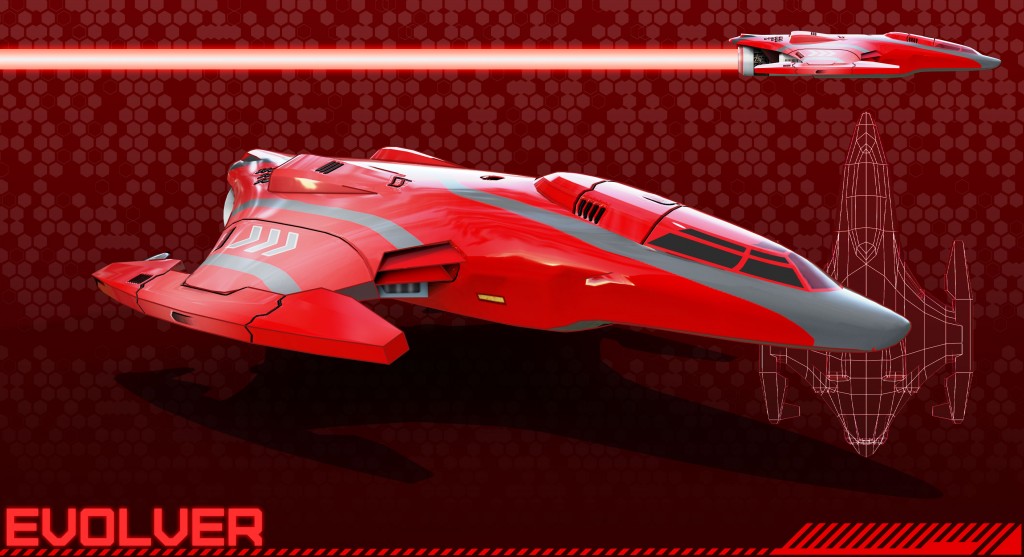 Switch Galaxy on PSM looked more like a full on PS Vita release. How impressed are you with the PS4 capabilities and have you had enough time to grasp what the PS4 can really do?

Thank you, that’s a really nice compliment, we wanted to do a lot more on the PSM version graphically but we were limited somewhat by the platform and the fact it wasn’t our own engine we were using. PS4 is scarily powerful, basically we’re throwing everything we can at it graphically and it just sits there laughing at us, almost akin to when James Bond punches Jaws in the face and he stands there and smiles. 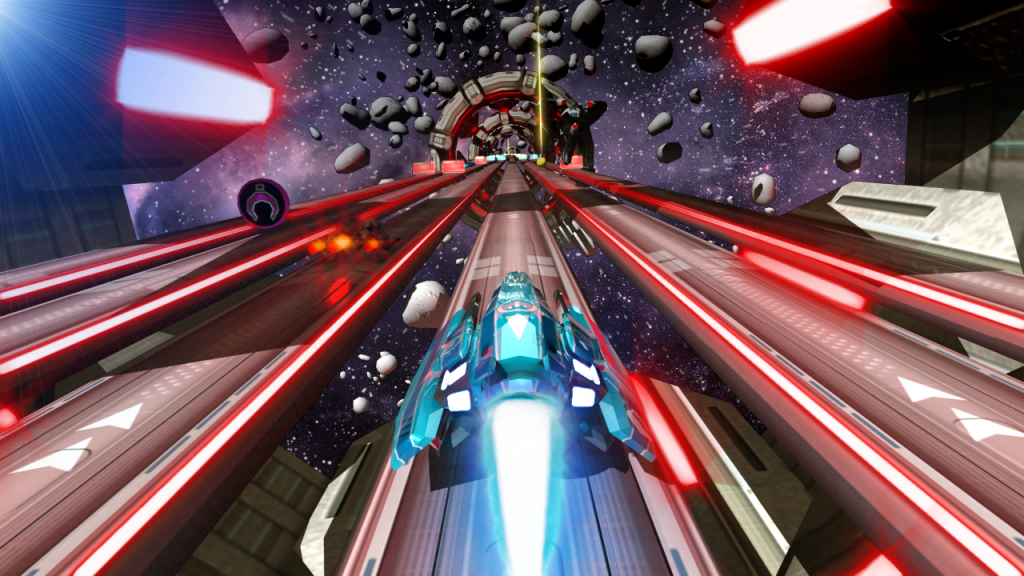 Shahid Ahmad has been very keen on bringing this release to the PS4/PS Vita. How has his involvement been of help to you, and has it added that extra bit of pressure to make sure you create something extra special?

Ah Shahid! This man is one of the finest gentlemen in the games industry, he really took a big risk on our PSM title as all we had was the android game and a couple of pages of concept ideas. The one thing we didn’t want to do is let him down and as soon as the PSM version came out and we saw the amazing reviews we knew we had done him justice. We decided to start making new content and planned to release it on VITA ourselves under our own steam but as soon as we showed Shahid our new content and graphics he instantly gave us his support and asked us if we could also plan a release for PS4, as he could see what we were trying to do and how much the quality was going to improve from PSM to PS4, there was no way we could refuse. It was one of the best meetings I’ve ever had and probably one of the funniest. 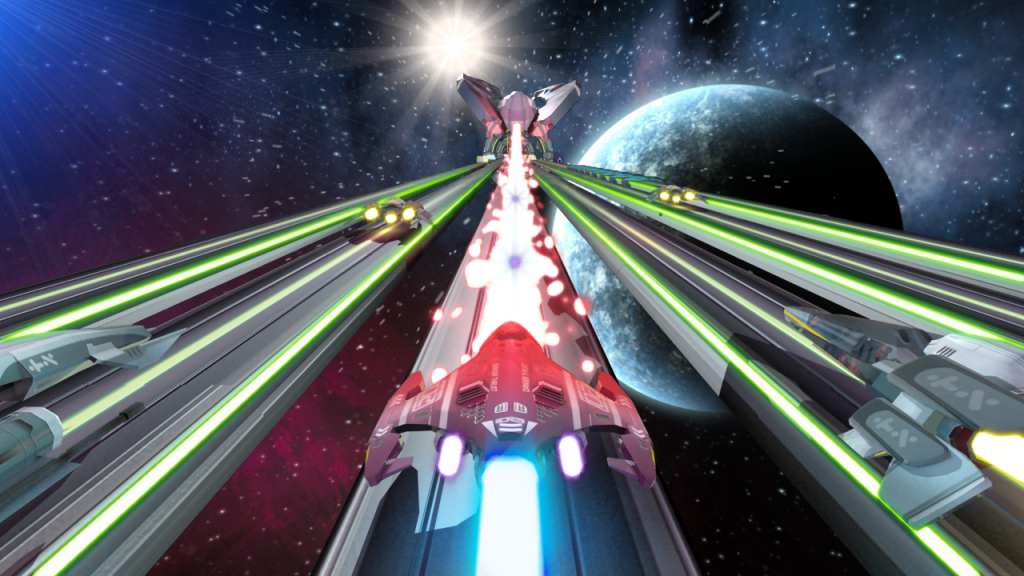 Are both version’s of the game the same on Vita and PS4, and will there be a Platinum trophy?

For now they are going to be the same as we are supporting Multiplayer Cross-Play and Cross-Buy so users who have both systems only have to pay once and can download it on both. As we’re supporting this we also need to support cloud saves so if you have to go out and don’t want to stop playing you can hop to your PSVita after playing on the PS4 version and carry on where you left off. Yes there will be a platinum trophy but it’s going to be pretty intense to get it.

The step up could not be much bigger going from Switch Galaxy release on PlayStation Mobile to a full on PS4/PS Vita release. What can we expect?

You’re right, it’s a huge step up and it’s really a big challenge. The biggest things really are content, graphics and effects and of course the frame rate, 60 FPS will mean the game runs silky smooth. We’re adding a ton of new content such as new player ships to upgrade to and more levels. We’ve also redesigned the front-end and the galaxy mission select screen which is now all in 3D and looks stunning. We’ve also redesigned the enemies and there are new power ups that you can use at the start of each level plus a load of new background graphics which look amazing. Finally we’re adding some voice overs and much more in-depth story to the game, we go into more detail about Dakur Technology that was mentioned in the PSM version but also we have two new characters in the game and the relationship that grows between them is very cool. We’ve been working with Darren Douglas on this, he’s the original concept artist for the WipeOut brand and is the only person to have worked on every WipeOut game to date and also a published Judge Dredd artist. He’s been creating a comic for the game that sets out the story of Amur who is Dakur’s CEO and Vince the pilot of the Evolver, the story evolves as the game progresses.

VitaTV is another exciting move by Sony. What are your thoughts on this and shall this change the way you develop future Vita releases?

I think it’s awesome, a really smart move from Sony and I just hope we can take advantage of it when/if it comes to Europe and the US.

Switch Galaxy Ultra will be released the same day as the PS4. Does this mean Sony give extra support and help as it’s a PS4 launch release title?

Actually we were hoping to be a launch title but we are not going to make it, the timings were just too tight for us but it will be a launch window title nevertheless. We’re looking at around the end of January now but we can’t confirm that until we submit the master to Sony, this is mainly because we want the multiplayer in for launch rather than adding it as a free update at a later date. One thing we’re also doing which we feel is quite exciting is we’re supporting an amazing Childrens Charity called Caudwell Children who do unbelievable work helping sick and disabled children, we’ll be launching a special DLC pack for them with branded content and extra features and all our profits from the sale of this pack will go directly to them to help with the incredible work they do. 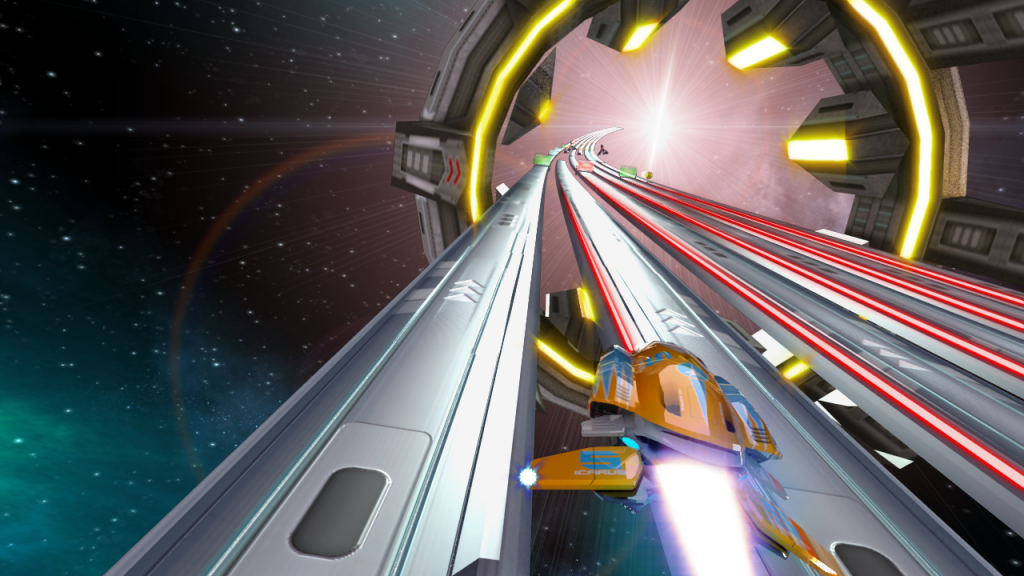 A special thanks to Gary Nichols for taking the time to speak to us, it’s a real pleasure when such awesome games developers look after the smaller guys like us. Check out the links below and tell ’em Punk and Lizard sent you.

Switch Galaxy Ultra looks set for a Jan 2014 release. In the meantime head to the Playstation Mobile store and download Switch Galaxy, trust us.