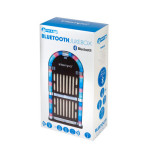 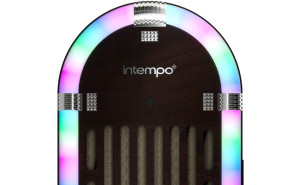 The Intempo Bluetooth Jukebox is a new twist on a 1950’s throwback. A modern nod back to when fashion started to shake off the constraints of post-war rationing and less conservative styles started to appear.

The 50s brought tighter skirts and leather biker jackets, as well as the now timeless Jukebox.

Whenever the word ‘Jukebox’ crops up in conversation it’s not the modern, networked, video playing version that appears in my head – rather the colourful arched numbers found in the 50s Malt Shops, Cafes and eateries.

The Intempo Bluetooth Jukebox obviously takes its inspiration from this ‘Golden Age’ and brings it up to date – but just how well does it do it? 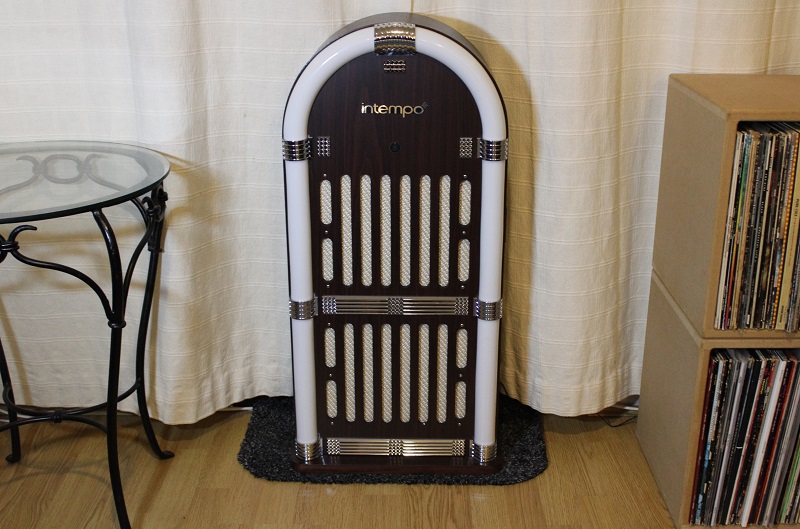 Obviously, an original 1950s jukebox would have good ol’ vinyl records stored away ready for the careful button-push selection, but this Intempo version is updated and has FM radio and Bluetooth connectivity so that you can hook up your smartphone or tablet and run your playlists through the Jukebox. 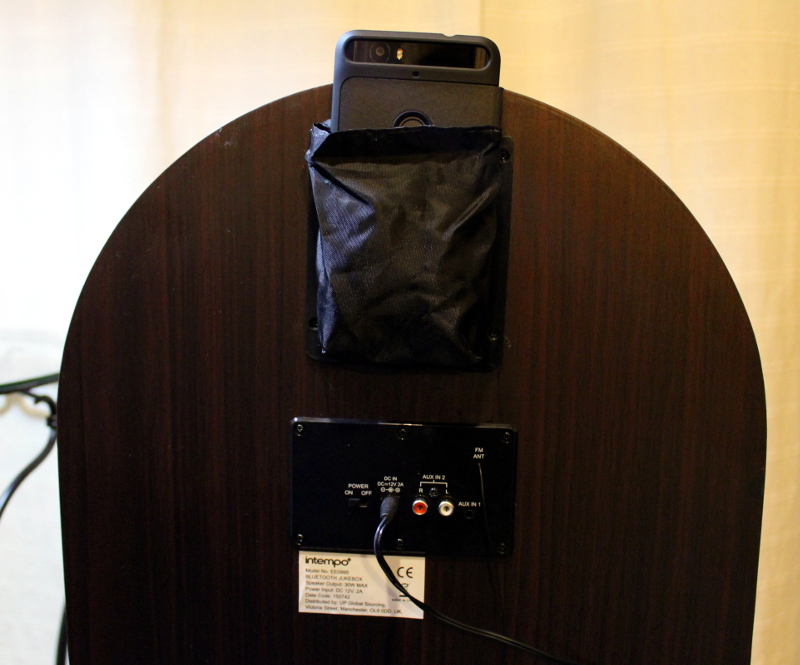 There’s a pocket located on the back which is great for storing an audio device rather than having leads dangling around the edge or balancing your device on top.

The Jukebox sports 2 auxiliary ports on the rear where you can plug in your MP3 player or other device; Aux 1 is for an RCA cable (red and white connections, cable not supplied) while Aux 2 is for a 3.5mm cable (supplied). 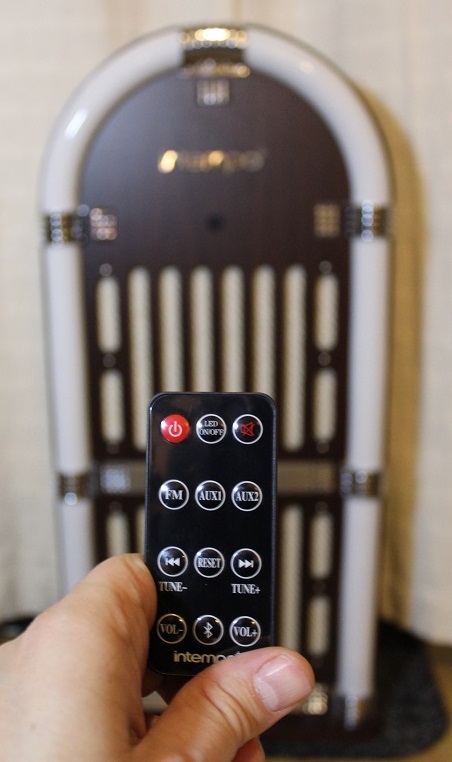 You get a remote control for long range tweaking. The Jukebox also features flashing LED disco lights and 4x 6w speakers all wrapped up in that dark brown housing with white tubing and chrome looking adornments!

I do have to say that it really does look the part sat in the corner of the room. It might not do too well upon closer inspection from an enthusiast but it is guaranteed to provide an excellent talking point at any party.

Using the Intempo Bluetooth Jukebox couldn’t be easier thanks to the clearly set out buttons on both the side wall of the unit and on the remote. 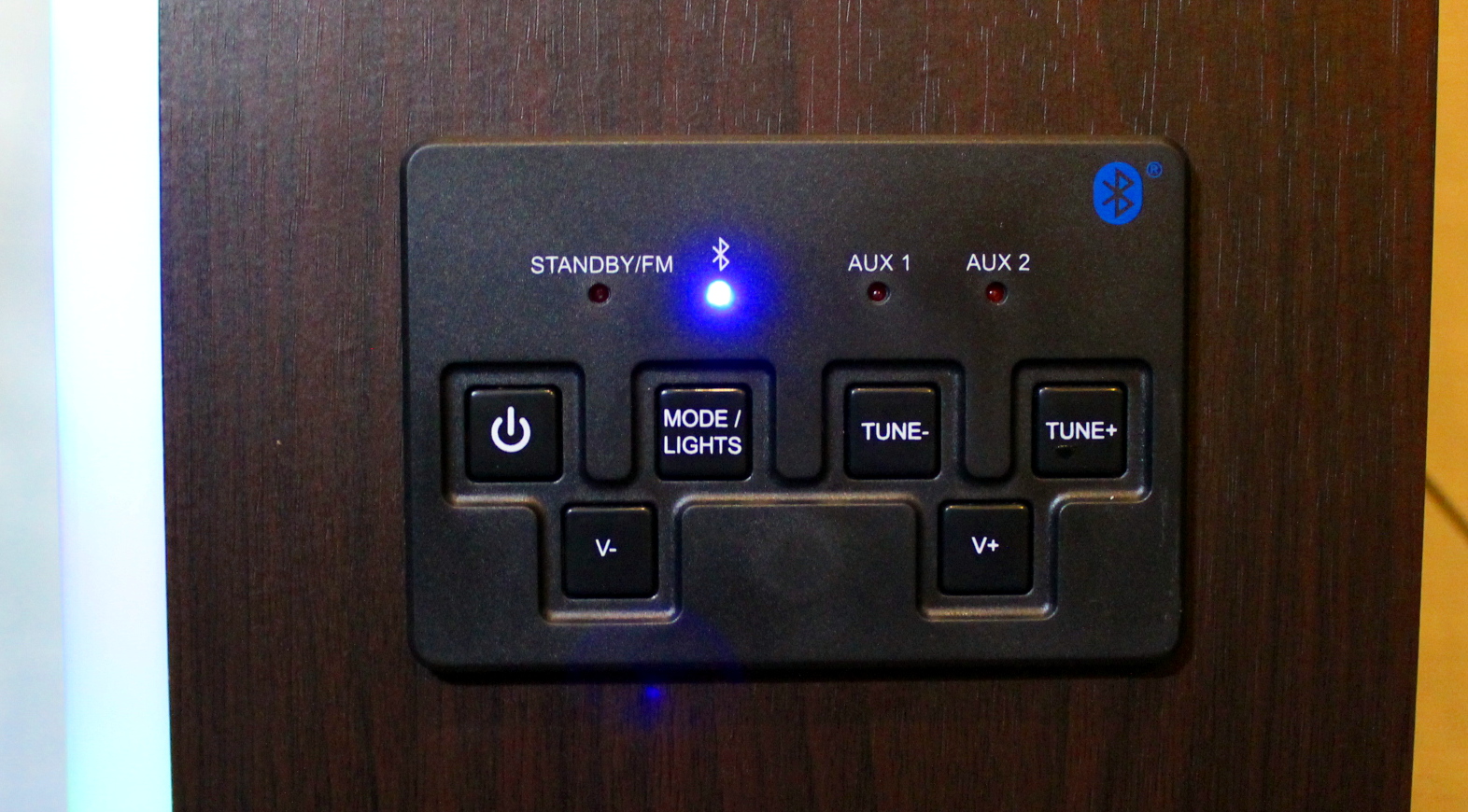 Main audio input comes courtesy of a wireless Bluetooth connection which is achieved through syncing any Bluetooth enabled device. This took a matter of seconds and pairing afterwards was sift and painless.

The alternative is to go in using an AUX cable allowing any audio device to used as an input. Additionally FM Radio can be tuned in to get you access to your favourite shows on the wireless.

I was pretty impressed by the the sound quality and the radio is a neat touch. The jukebox comes with a wire aerial but I’ve not had to use that as the signal seems plenty strong enough. The tuning is controlled on the side by the tuning up/down buttons or on the remote. The only downside it that there is no display to let you know what station number you are on which is a slight niggle. 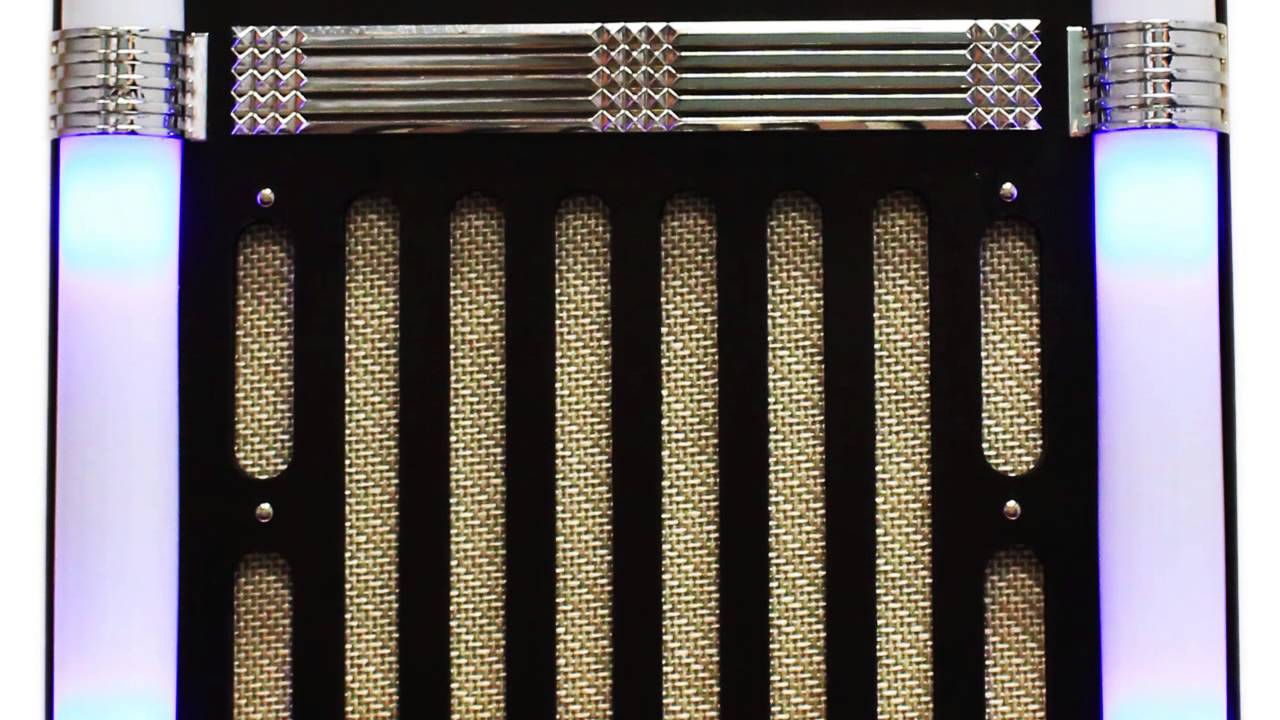 The range of the Bluetooth is approx. 10m (33ft) so should be more than enough for most rooms depending on where you are positioning your phone/tablet. With this option it gives you total control over your music as you can select, skip, stop or repeat tracks from your phone or tablet.

Now, time to get your disco on!

I thought the final part of the Intempo Bluetooth Jukebox was going to be a bit of a cheese-fest but the lights are a actually pretty nifty party addition.

The lightshow comes by way of a piece of white tubing on the front of the jukebox that contains different coloured LED lights.

These, as you would expect flash on and off, change colour and give that great disco effect. It would have been cool if you could select a light setting – flashing, chasing, fade in and out, etc though. As it is, the lights cycle through a variety of colours and effects.

I wasn’t sure whether I’d like this thing or not, if I am totally honest. I wanted it to be fun, and it is, and I wanted it to sound decent enough to power a party, which is can.

My main reservation was how would it look installed in the home.

Granted, it’s not going to take the place of an original Rock-ola or Wurlitzer as a piece of furniture, but it is going to show your fun side.

The sound is great from its 4 x 6w speakers and is more than loud enough and thanks to its variety of connection options it is very versatile.

The flashing LED lights gets you somewhere close to that old jukebox vibe – albeit with a bit of wedding DJ disco thrown in to the mix.

If I was going to add one thing to the Intempo Bluetooth Jukebox it would be a display to let you know which radio station you are tuned to – whether that’s on the main unit or on the remote control, that’s up to Intempo. The only other thing would be to have more control over the lighting effects, but I am just getting picky now.

Whether you want to just add some fun in to your home or are looking for a great present, the Intempo Bluetooth Jukebox might be well worth a look.

The Intempo Bluetooth Jukebox is available now for £150 direct from Intempo’s website.