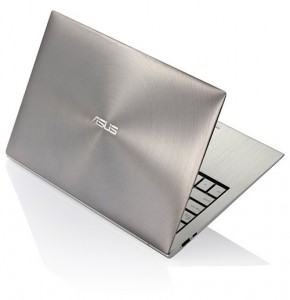 More news from out of Taipei and this one isn’t tablet-based. Say hello to the Ultrabook – Intel’s name for Ivy Bridge processor-powered super-skinny laptops.

If you’re a laptop and want to be part of the ‘Ultra’ gang you have to be at least almost as wafer-like as the current 13in MacBook Air which comes in at a mere 19mm thick – so, stay off the pies and make sure your shell is slimmer than 20mm thick and Intel might give you the nod.

The main thing though is that these Ultrabooks should be a darned sight cheaper than its fruity peers.

To prove that there is a gang and not just some skinny kid in the corner trying to drag like-minded chocolate-dodgers together the ASUS UX21 has already pledged allegiance and will make its presence felt in time for the feasting around Christmas.

Intel executive vice-president, Sean Maloney, reckons the Ultrabook is going to be a big deal:

“If we do it right, the PC Ultrabook will be 40% of the notebook market in about 18 months. We did this before in 2008 and we screwed it up: we didnâ€™t cut the price. Now weâ€™ll cut the price, thanks to volume and scale.â€

Now, you can make tech as sexy and slim as possible – but it has to be affordable. That’s kinda what Maloney was referring to. Remember Intelâ€™s CULV (consumer ultra-low voltage) processors which were slipped inside super-slim laptops? Yup, those expensive ones.

The revised plan is to offer MBA waifs but at a price that wont crush your coin.