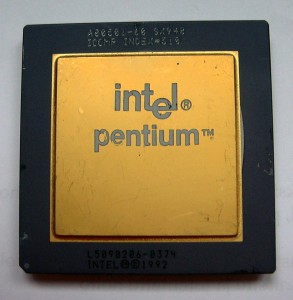 I still remember the excitement and then the bragging from richer friends about how these Pentium chips (80586) were rocking a 60 MHz clock speed, 100+ MIPS, and a 64 bit data path – I was still pleased with my 486 DX.