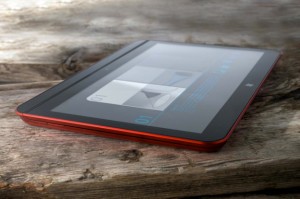 Looking forward to Windows 8 but can’t decide whether you would prefer the new operating system shoved in a new tablet or shiny Ultrabook? Well, Intel may have the answer to your dilemma named Cove Point.

Intel has performed a show-and tell with their latest mini-marvel. Their take of a Windows 8 Ultrabook-tablet hybrid was given an airing at the Intel Developer Forum (IDF) in Beijing.

The Cove Point hybrid gives more than a passing nod to the Asus Eee Slider but would be the ideal solution to those out there that are unable to commit wholly to a tablet or laptop but would need more than what a netbook can offer – mainly running Windows 8.

The new technology, which started off as Letexo but now named Intel Cove Point, will certainly hand the consumer a powerfully different option to purchasing one of the many Android tablets out there.

If you don’t require a keyboard you can use it just as you would with any other tablet with the keyboard resting flush against the back of the screen. Granted it adds girth but still manages to look good.

Wired, who are at IDF, remarked that “At the demo, Cove Point also ran on an early sample of Intel’s upcoming Ivy Bridge CPU. Just like you’d find in a full-fledged notebook, the device sports a 12.5-inch screen, two USB 3.0 ports and an HDMI port,”

I’m still waiting to hear companies announce their Cove Point plans but check out the video below to see what it could look like. Warning: if you like the look of it then you should be prepared to spend around $1,000!