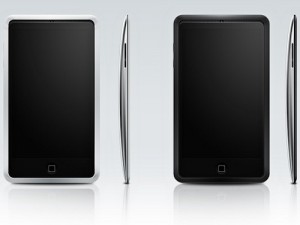 If my rumour round-up of the iPad 3 got your juices flowing then prepare the flood gates as news has reached me that Apple has taken delivery of 4-inch screens ready for the iPhone 5!

I know that the 4S is supposed to be the iPhone 5 in all but name but we were promised a phone that not only had uprated innards but also sported a ‘radical new design‘. The other tantalising thing is that the iPhone 5 was apparently being used in the wild before Apple pulled it from their launch schedule.

One of the main differences between the iPhone 4/4S and iPhone 5 was to be the larger, edge-to-edge screen which was estimated to be a 4-inch number.

The fab news is that Apple is taking delivery of these new displays created by by Sony and Hitachi right now! 🙂

There’s whispers on the web that the iPhone 5 screen will not only be larger but the resolution will be increased to 330ppi. This 30ppi upgrade over the standard 300ppi Retina display rating would be possible thanks to the new IGZO tech which allows for a higher pixel density whilst not added girth to your device.

This all sounds very plausible and I’m trying my hardest not to get too excited.