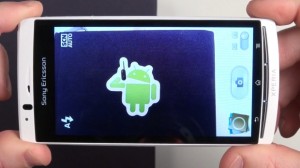 Sony has released a beta version of Ice Cream Sandwich so that Xperia Arc S, Xperia Ray and Xperia Neo V owners can get a taste of the latest Android offering before the official update.

Sony has posted details on its developer site of how the more eager updaters out there can get an early taste of ICS – Sony does warns that the update should only be attempted if you’re an ‘advanced developer’ mainly because the coding isn’t the final version and not perfectly stable yet.

That’s why it’s a beta folks 😉

You get to play with the new features which will officially land in the final Android 4.0 update when they are squirted over to all Xperia phones released in 2011.

Those features include an updated interface that will share elements with the newly-announced Sony Xperia S, and an updated email client.

You’ll need to unlock your Sony Ericsson phone’s boot loader if you want to install the beta version. Sony provides that very function here – do take notice of their note that unlocking “may void the warranty of your phone and/or any warranty from your operator”.

If you’d rather just see the updated software in action on a Sony Ericsson Xperia then check out the video below.

Sony’s said it will have the Arc S, Ray and Neo V updated by “end March/early April” with other Xperia mobiles released last year to follow at the end of April to the beginning of May.

Are you going to update your Xperia now or wait for the official release?