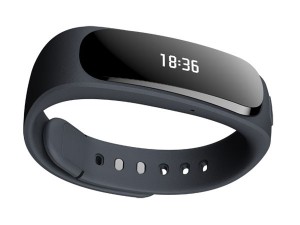 Huawei has unveiled its offering to the wearable tech arena with the Talk Band B1.

Huawei has followed the FitBit and Nike FuelBand route rather than taking the Samsung Galaxy Gear / Sony SmartWatch path for the styling of its wrist-based gadget.

The Talk Band connects your smartphone up to your wrist and handily promises to play nice with both iOS and Android devices.

Its stand-out features include a 1.4-inch bendable OLED display, fitness tracking functions and a pop-out earpiece for taking calls.

If you are a fitness freak or self-monitoring chart fiend then you’ll dig the fact the B1 Talk Band can track the distance you’ve travelled, how many calories you’ve burned whilst also logging your sleep patterns and is able to wake you up at the most optimum time in the morning – apparently. All I can say is that it had better have a hot mug of coffee ready too if it plans to wake me up before my alarm!