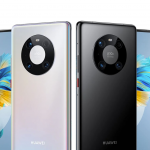 While 2020 may be the year of lockdowns, it also presents a bit of a watershed as far as mobile phones are concerned. You see, unless you go really cheap with your choice of smartphone, you can pretty much guarantee that it will offer a decent screen, above-average build quality and it will take a reasonable photograph.

So, it might be worth asking the question, “have we taken the slab phone as far as we can?” Well, not quite. Granted, many of the big hitters seem to have some spin on the folding screen design, Huawei included, but it seems that there’s still life in the old dog yet.

Huawei’s Mate series has traditionally been the company’s showcase for its latest Kirin chip which, in this case, is the Kirin 9000. The Kirin 9000 boasts 5nm technology — the same as Apple’s A14 Bionic — but the Huawei’s flagship silicon one-ups the Cupertino chip in that it has an integrated 5G modem built-in. Also, it has the grunt to thumb its nose at Qualcomm’s Snapdragon 865.

Partnering that incredibly powerful processor with built-in 5G is 8GB RAM and a capacious 4,400mAh battery that easily lasts a day. Furthermore, when it does need recharging, it can take advantage of the blistering speeds afforded to it by way of its 66W charger and 50W wireless charging capabilities. This is all wrapped up in a chassis that boasts an IP68 rating for dust and water resistance.

The exterior of the Mate 40 Pro is nothing short of gorgeous. Beyond the pearlescent finish on my review model, the overall aesthetic follows the design language set by the Mate 20 and 30 Pro. So, you’ll find a centrally located camera module, curved Horizon screens, and a 3D facial scanning system for possibly the most accurate face unlocking tech available on a phone.

The 88° curved Horizon Display is vibrant and matches the best out there right now where viewing angles and brightness are concerned. The display eschews accidental touch commands thanks to Huawei’s software algorithm and, I can assure you, it does an excellent job of ignoring passing touches when navigating the striking 6.67-inch display. Additionally, the screen has a 90Hz refresh rate. Whilst this might not be the fastest out there, animations are smooth and scrolling through menus is slick.

It’s hard not to notice the rather large cut-out in the upper left corner of the display, especially after using a P30 Pro with its little central hole punch. However, this slot houses a powerful front-facing camera system that features a 13-megapixel selfie camera, a wide-angle camera with a field-of-view of 100-degrees, and an infrared camera for face scanning. All of a sudden, that cut-out doesn’t seem so big after all, does it? Moreover, all of the kit packed into that little slot works incredibly well.

The rear of the Mate 40 Pro is covered in glass that’s coated in a soft-touch finish and is reasonably resistant to fingerprints. I love that the hardware volume rocker has returned to the Mate’s side, and stereo speakers are back too! But, it is the way that the Mystic Silver of our review model shimmers and changes colour as you move the mobile and the back catches the light that had my jaw on the floor.

The Mate 40 Pro’s main camera system consists of a triple-lens setup. The star of the show here is the 50-megapixel f/1.9 primary sensor, and that is joined by a 20-megapixel ultrawide-angle camera and a 13-megapixel Periscope camera.

That 50-megapixel lens boasts the largest image sensor currently in a smartphone at 23mm. Add to that Huawei’s custom-built RYYB sensor, and you can see why the Mate 40 Pro will be found at the top of the mobile photography charts getting Huawei another raft of prizes, no doubt. Night photography is still best in class, in my opinion.

Huawei’s 20MP ultra-wide camera, dubbed “Cine Lens”, features an f/1.8 aperture and shoots at a 4:3 aspect ratio. Also, it doubles up as the Mate 40 Pro’s default video camera. It has a narrower field-of-view than the ultrawide lenses on Apple’s or Samsung’s flagships. Still, Huawei’s 20-megapixel ultrawide camera packs significantly more detail in the shot thanks to cramming in more pixels, and a larger aperture enabling more light to the photo.

Next in line is the Mate 40 Pro’s 12MP camera, which uses a periscope system to offer 5x optical zoom. This is further bolstered by optical image stabilisation. The upshot here is that zoomed shots don’t become a big blur of smudgy pixels. Granted, go full digital zoom and things can go a bit wonky, but then how often will you need 100x zoom? I would say that any shot up to 20x zoom is more than strong enough to taunt the competition.

Huawei’s love for ultrawide lenses carries over to that front-facing Ultra Vision selfie camera, too. Like ultrawide unit at the rear, this lens keeps sharpness and exposure consistent with the primary selfie camera, allowing a much wider field of view. Furthermore, you also get excellent digital image stabilisation, which all adds up to the Mate 40 Pro being a vlogger’s dream. Not only do you get smooth video, but the frame is wide enough to ditch the selfie stick – which is always a good thing!

By-the-way, video is shot in HDR by default. Furthermore, the camera will track your video subject as it moves without you having to move your phone—very clever stuff.

The Huawei Mate 40 Pro has excellent hardware, and the company is still at the top of the photography and videography game, then. At this point in any other regular review, this would be a done deal, and I’d be suggesting that you part with your cash right now. However, cool your jets for a bit.

These days two, perhaps three, things can make-or-break a phone. One is its camera and, as we’ve covered, the Mate 40 Pro pretty much has that wrapped up. Secondly, some people will look for battery life. Again, no worries here – the Mate 40 Pro will even wirelessly recharge other phones. Thirdly, and this is where this otherwise superb phone gets a little nervous, is app support.

Let me start by saying that EMUI 11, the newest version of Huawei’s Android skin, is pretty slick and world’s apart from my first encounter with the OS about five years ago. Also, AppGallery is growing at an impressive rate of knots. This isn’t just homegrown talent that Huawei is packing into its app store either. Flicking through the list, you’ve got All 4, Sky, Amazon, Tinder, as well as all the leading social networking sites. The thing is, right now, there are some gaps. I’m not saying that these won’t be plugged in the next few months, but I have to review the phone as it is now. And, thanks to the software restrictions placed on Huawei’s phones by The Donald and his government, the Mate 40 Pro cannot run Google services, such as Play Store, YouTube, Gmail, Google Drive, Google Docs, Google Photos.

I did manage to get plenty of my apps ported over from my P30 Pro via PhoneClone. In fact, most of them came across. And Huawei’s built-in Petal Search did its best to find and install all other apps online from sources such as APKPure. However, I couldn’t get Outlook working (required for two out of my three jobs), but Gmail, oddly, appeared to be okay. For Outlook, I simply bookmarked the Office365 app to the home screen, which was mostly fine but, obviously, I wasn’t notified when stuff landed in my inbox. Also, I couldn’t have the unified inbox that I have on my P30 Pro. Microsoft Authenticator, on the other hand, worked without issue.

Additionally, JustPark migrated over but refused to work without talking to its buddy, GooglePlay. Also, while we’re on the subject of car parks, RingGo, an app I use to pay for parking at most of the studios I rehearse and record at was absent. The same goes for UberEats, Deliveroo and Costa’s app.

All that said, Huawei’s Maps app works really well from what I have experienced, although it’s yet to get walking/cycling directions or a Street View equivalent. I also noticed it doesn’t do the satellite view thing, but I can live without that. My Nationwide app worked fine as did a few other surprise ones. I guess it depends which apps you use, how often and, if they are not yet available on Petal Search/ Hauwei’s app store. It’s all about compromise right now. Are are happy to use a workaround such as saving a shortcut to the phone’s home screen which I used for Microsoft 365, for instance?

Huawei’s Mate series is always worth checking out and the Pro, as the name suggests, is the flagship. The Mate 40 Pro continues that heritage of astounding aesthetics, potent performance, and a superb snapper. Typically, it would be a shoo-in for a perfect score underlined by ‘Must Buy’ in flashing lights. However, in the Mate 40 Pro’s case, it’s more a ‘try before you buy’ situation. Don’t get me wrong, this is a top tier phone as far as fit, finish, and fotography (sorry) goes. It’s just that not all apps are available to it right now. That could well change as we look to be ushering in a new POTUS. I’m just not sure that giving Huawei access to Google will be one of his priorities.

As with most of 2020, it’s just not quite worked out how it should.