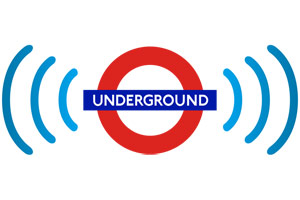 It looks like London is taking another step towards having a mobile phone service on the Underground as Chinese connectivity clever-clogs, Huawei, has bid to install transmitters on the tube ahead of the 2012 Olympics.

The gift from one Olympic nation to another, would equip the London Underground with a mobile phone coverage system that’s estimated to cost around £50 million, free of charge.

O2 and Vodafone are the names associated with buddying up with the Mi-Fi makers in order to cover installation costs. They are looking to get their investment back through the inevitable increase in activity as well as maintenance and up keep fees.

The obvious bonus to business people having constant connectivity has generally been weighed up against the potential of tax payers being hit or ticket prices being raised (again!).

A TfL spokesperson announced that: “Transport for London and the Mayor of London are currently in discussion with mobile phone operators and other suppliers about the potential provision of mobile phone services on the deep Tube network” adding: “Given the financial pressures on TfL’s budgets, any solution would need to be funded through mobile operators with no cost to fare or taxpayers. Discussions are ongoing.”

The other thing that might dampen the excitement was underlined by Conservative MP Patrick Mercer. Even though he did say that the plan would be “extremely helpful”, as proved by similar services in Hong Kong and Paris he then went flip mode by dropping the bombshell that it also “absolutely answers a terrorist’s prayers,“ by offering a means of detonating devices on the Underground network.