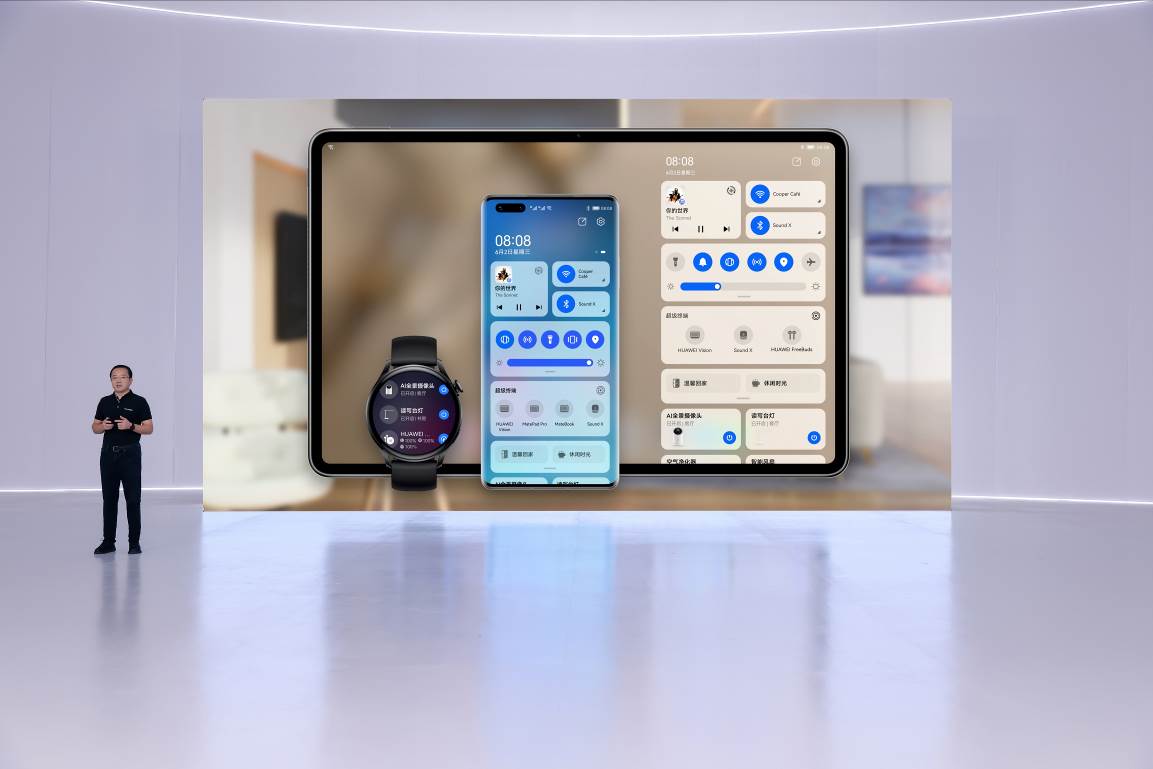 Huawei has launched a range of smartwatches and tablets powered by its new HarmonyOS 2 operating system, including the Huawei Watch 3 Series and the Huawei MatePad Pro.

Harmony OS has been in the pipeline for a while, but now it’s hitting the ground running in its 2.0 flavour as it is powering a raft of new products.

Huawei is pinning its hopes on HarmonyOS as becoming the Android slayer where BlackBerry, Symbian, Windows Phone, Firefox OS, et al failed. Naturally, the company has had its hand somewhat forced thanks to the ongoing political situation between the USA and China.

Harmony OS first appeared on some IoT devices and the much publicised Smart TVs. Now 2.0 boasts apps that will appear on the brand’s Huawei smartphones, such as the P40 and Mate 40, as well as tablets and watches.

Naturally, there are stacks of health and fitness tracking baked in, too. The Huawei Watch 3 Series supports more than 100 workout modes. In addition to a broad range of healthcare support options, the watch can now monitor skin temperature with a new, high-precision temperature sensor. It also supports fall detection and SOS functions so that you can monitor and manage another user’s health in real-time.

Connectivity comes through Bluetooth, Wi-Fi, NFC, and eSIM, enabling you to make and receive phone calls and listen to music using the same phone number and data plan as your smartphone.

Those who place a pre-order with a deposit – £20 for the Watch 3, £50 for the Watch 3 Pro – will get that money off their watch of choice at purchase and will be able to redeem a pair of the company’s FreeBuds Pro true-wireless earphones at the same time.

We’re told that the new Huawei MatePad Pro features a 12.6-inch OLED FullView Display and has bragging rights to a 90% screen-to-body ratio, the highest among all tablets currently available on the market, they say.

Every display comes with a Delta-E colour difference of less than 0.5 for incredibly high colour accuracy. It promises to deliver a crisp, colour-accurate picture that is on par with professional monitors. The Huawei MatePad Pro also has an ultra-high contrast ratio of 1,000,000:1 and supports a DCI-P3 colour gamut.

Loaded with Kirin 9000 series chipsets, the MatePad Pro should deliver the goods as it is also supported by the distributed data management and task scheduling capabilities of HarmonyOS. This means that the tablet can work together seamlessly with smartphones and PCs to double your productivity and creativity in different scenarios, “whether you’re in the office or at the drawing board”.

The second-generation M-Pencil was also unveiled together with the MatePad Pro. The new smartpen features a new platinum-coated nib for high-precision handwriting and ultra-low latency, accurately differentiating between 4,096 levels of force.

The MatePad Pro is available for £499.99 and comes with a free keyboard cover and mini speaker when purchased directly from the Huawei website.