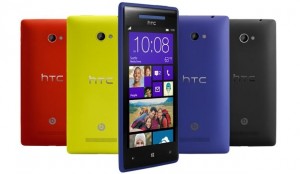 I have been asked many times about news of the HTC 8X – what does it look like, how much will it cost, etc. Well, now I can tell you.

If you’ve been waiting for the new HTC which will land running the brand-new Windows Phone 8 operating system then prepare to raid your piggy bank.

The 8X is a 4.3-inch smart phone with a 720p high-definition screen, it’s poked along by a 1.2GHz dual-core processor and is equipped with an 8-megapixel camera.

It’s a bit Nokia Lumia-y as a buddy of mine pointed out. That’s no bad thing really but, it also fails to stand out.

The HTC 8X will be available on Three’s existing deals including the One Plan, Essential tariff and Ultimate Internet contract.

Three’s deals are pretty reasonable for the latest handset on the latest software to be honest.

For £34 per month, you can get an 8X for just £30 on the One Plan – that includes unlimited data, with tethering allowed.

So, HTC 8X or will you go for the Nokia Lumia 920 and 820 or are you waiting to see the rumoured phone from Microsoft itself?