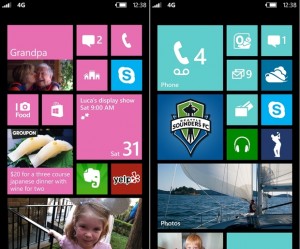 I received a late-night press release yesterday stating HTC would be building Windows Phone 8 devices but haven’t had chance to report on it – but, as is the way with tech, in that tiny amount of time details have already started emerging of the range of phones HTC will unveil which run on Microsoft’s new OS.

Windows Phone 8 was officially unveiled yesterday with the only mention regarding hardware being that HTC, Nokia, Samsung and Huawei would all be making devices. HTC has revealed their plans for WP8 through a mystery source.

By all accounts there’ll be three handsets: The flagship device goes by the name of ‘Zenith‘ and will feature a 4.7-inch 720p Super LCD 2 display, 8-megapixel sensor camera with 1080p capture hooking up via 42Mbps HSPA+ data connectivity. Under the HTC Zenith’s hood you’ll find a quad-core Qualcomm Snapdragon CPU.

The HTC Accord is the middle child of HTC’s Windows Phone 8 family and houses a 4.3-inch 720p Super LCD 2 touch display, the same camera and data connectivity as the Zenith, but with just a dual-core processor, possibly an MSM8260A. The HTC Accord will ship with 1GB of RAM as well as NFC support.

Finally we’ve got the baby Rio. With its 4-inch WVGA display, 14.4Mbps HSPA, a 5-megapixel camera with 720p video capture and 512MB on board memory. It will also sport a Snapdragon S4 Plus line processor, most likely a Qualcomm MSM8227.

All three are said to be going on sale this year which is a good move seeing as WinPho 8 will be going live in the autumn.