HTC tells Monster to Beat it! If you want Beats Earphones – Go Buy Some, says Exec 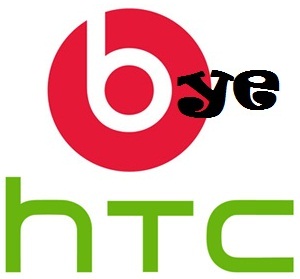 HTC is telling Beats to beat it even though Dre’s signature music making tech will still feature inside the smartphones.

Yup, HTC is truly canning the cans and will cease to bundle the Beats earphones and headphones with their premium handsets.

Martin Fitcher, one of HTC’s product execs says that “An accessory like the headphone doesn’t factor in when someone is buying a smart phone,” he went on to state that “If they want a Beats headphone, they’ll buy it directly.”

Wow! That’s a totally different story to when HTC was getting all buddy-buddy with the Beats brand last summer. Since then practically every top-end HTC mobile phone has come with its own pair of Dre’s Monster earphones: The Sensation XE and Sensation XL, HTC Rhyme and right up to the new One X and One S

The ‘if they want ‘em, they’ll buy ‘em’ mentality doesn’t exactly sit right seeing as HTC dipped in to their own pocket to the tune of $300m and handed it over to the hip-hop audio brand last year.

HP has also released puters branded with the Beats logo and featuring its audio processing tech as well as slinging in some Beats cans with their Envy 14 Beats Edition, Pavilion dv7 and their HP Omni HD all-in-one PC

Perhaps it’s more due to the fact that HTC’s revenue dropped 35% compared to the same period last year (pre-Beats). In the last quarter of 2011, the company’s profits fell 25% also – Samsung, on the other hand, saw a massive 73% hike in the good direction.

Was getting some Beats earbuds the reason you bought a HTC? Personally I appreciate the audio tech inside but still prefer my AKGs.

What do you think about rocking the Beats logo on your smartphone – is it cool, corny or couldn’t you care less?