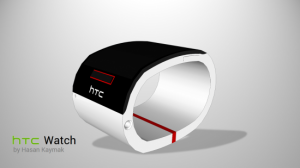 Smartwatch rumors seem to be a penny-a-pop these days, but this is the first one I’ve heard from the HTC camp.

This is the latest in a long line of wrist-based rumours which has included the likes of Apple, Microsoft, Qualcomm, Nissan, Google and Nokia.

According to  Bloomberg’s report, HTC has been working on an Android-based smartwatch,

They have been informed by “people familiar with the matter” that the watch is pegged for release in the second half of 2014.

There’s naturally no mention of prices or specs, though the source does mention that it would feature a camera.

The rumor emerges just days after HTC CEO Peter Chou revealed to the Financial Times that his company had worked on an intelligent watch with Microsoft.

Now we just have to wait to see if anything happens further than this rumour. But, saying that, given the current trends for wearable tech from Samsung and Sony, it seems likely HTC is keen to get a slice of this action.