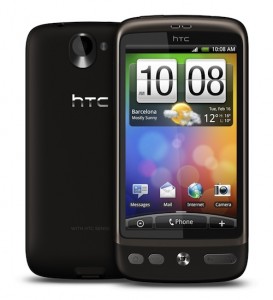 I’ve certainly been under the impression that AMOLED (Active-matrix organic light-emitting diode) is the way that phone makers were going and when Steve Jobs announced that the iPhone 4’s display was going to be LCD not OLED there were questions asked. But, anyone that’s seen the retina display will agree that it’s quite special.

Well, HTC has now officially announced that it will be dropping AMOLED in favour of Super LCD (SLCD) displays in several of its phones later this summer, including the Desire (pictured) and Nexus One.

HTC say that this move is due to high demand for phones with 3.7 inch displays combined with the scant availability of AMOLED screens.

The jury is still out as to which screens are better – AMOLED or SLCD but one thing’s for sure, in the words of HTC CEO Peter Chou: â€œThe SLCD displays provide consumers with a comparable visual experience to HTCâ€™s current 3.7 inch displays with some additional benefits including battery performanceâ€.

There you go – do you prefer AMOLED or SLCD?

Have you noticed a gain in battery life?