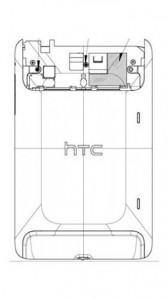 HTC is getting ready to have another stab at the tablet arena later this year, with rumours suggesting it has two Windows 8 models, the R7 and R12, due for launch some time during 2013.

Following up from the hints early last month, it seems word is hotting up about a pair of Windows 8 tablets coming from HTC.

The two tablets have been cleverly decoded to be running on Windows RT and coming in 7-inch and 12-inch versions. Cunning, huh?

According to a tipster, the smaller 7-inch model will be powered by Qualcomm’s new leading edge Snapdragon 800 chipset, clocked at a potent 2.3GHz buddied with 2GB of RAM.

The larger R12 is rumoured to feature a high resolution 2048 x 1536 display. This will put it toe-to-toe with the likes of the iPad and Nexus 10 in terms of pixel packing.

Both the R7 and R12 could well be available this October, if the information holds up.

The choice of Windows 8 tablets should be getting better. I do love HTC designs but the promise of a 7-inch Surface is still out there.

What would you do?