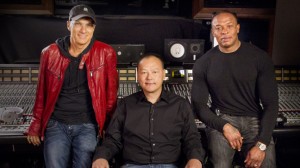 As well as the expected new phones that HTC are likely to release it sounds that Taiwanese smartphone cobbler could soon be making a noise in the music streaming business.

The big reveal is expected to happen at this year’s Mobile World Congress but word on the street is that HTC is buddying up with in musical partnership with a streaming service as part of its $US300 deal with Beats Audio.

The as-yet-unconfirmed and unnamed music service will be preloaded on future devices and is set to become the standard default music player on all HTC smartphones and tablets.

HTC has been working hard to up its cred in the sound smarts arena with a growing line of Beats Audio-focused smartphones such as the Sensation XL.

Perhaps this is that Beats needs after its divorce from Monster headphones.

The new streaming service would make good HTCs commitment to Beats Audio that they are keen to invest in its magic music mobiles – would you like the software already on your HTC device?

More importantly – would you pay for the service?