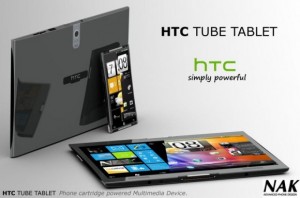 HTC has confirmed that they will be updating all of their mobile phones since the HTC Sensation with ICS next year.

So, that will include the Sensation, Sensation XL and Sensation XE – I just happen to have a Sensation XL right next to me so keep em peeled for a review soon 😉

That’s all well and good but will leave many other HTC owners out in the cold – including those using anything from the Desire range, even the Desire HD! 🙁

HTC also seems to have plans for an Android 4.0 tablet which makes perfect sense if they are updating selected handsets anyway.

Let’s just hope that the new Ice Cream Sandwich powered slate looks more like the concept pic above and less like the Flyer as I’ve heard a few people be less than kind when talking about the Flyer’s fuller figure.