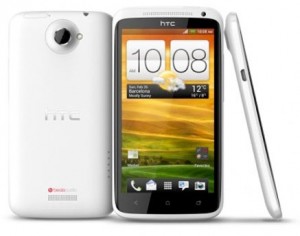 How does a 4.7-inch, 1280 x 720 display packing quad-core smartphone running the latest Android operating system and Sense user interface grab you? Well, the HTC One X will be available on O2 in a matter of weeks – that’s according to an accidental Twitter announcement anyway.

The Tweet followed a question from an O2 customer asking how much it would cost to upgrade to the One X when the super-powered smartphone officially arrives.

O2 responded by saying that the 1.5gHz Tegra 3 handset isn’t due until April 5th, and have therefore not made any decisions on the tariff front.

“Hi Nicole, we’re not due to get the HTC until 5th April so no decision on tariffs yet…keep an eye here: j.mp/wAzrCH“

O2 said it will be getting its hands on the HTC One X on April 5th, which is nicely in-line with HTC‘s “early April” launch time-frame for the One X and the other two ‘One series’ devices: the One S and the One V.

The HTC One X is just one of a new breed of quad-core powered smartphones which, quite frankly, is going to make any single-core mobile look like a penny-farthing at a drag race.

Whether the April 5th date is an official on-sale date or, in-stock date, or on-sale it all points to the HTC One X being here very soon!

The One X features Beats audio technology, Sense 4 UI and runs Android 4.0 ICS which is also being squirted over to many of HTCs current smartphones – check the list to see if yours is getting a taste of Ice Cream Sandwich.