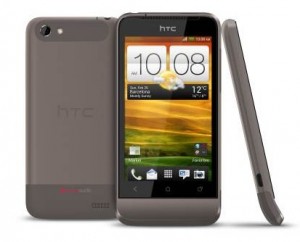 Waiting for the arrival of the HTC One V? Good news is on its way after you’ve watched the One S and One X appear.

The HTC One V is lagging behind its other One stablemates but preordering is now open with a due date set for this coming Friday!

UK prices have already been announced with the handset being free on contract from Orange, O2, and Vodafone, with monthly payments kicking off at £20.50, over at Carphone Warehouse. You can get those monthly bills reduced to £13.50 if you can handle a 24 month deal.

To go SIM-free you will need to hand over £226.10 to someone like Amazon.co.uk

The One V is a little later to the party than its larger siblings, the One X and the One S.

The One X is the flagship and packs a huge screen, Android Ice Cream Sandwich and a speedy quad-core processor. I am currently putting one (or One) through its paces and there shall be a review of it shortly.

The One S is the middle-child and is equipped with an 8-megapixel camera, 1.5GHz dual-core processor, and ICS.

The One V may not pack as much power but it is still a very capable smartphone. Under the hood is a 1GHz processor, a 3.7-inch screen and also runs on Android Ice Cream Sandwich, with HTC’s gorgeous Sense 4.0.

Other good stuff is it has the Beats Audio tech to boost your bass (this might be the last time you get Beats earphones with a HTC) as well as a decent 5MP snapper. You also get the 25GB free of Drop Box for 2 years – which is handy now that the Sense backup has been closed down.

The HTC One V brings the chin back last seen on the HTC Legend.