HTC One SV Android smartphone due in UK soon 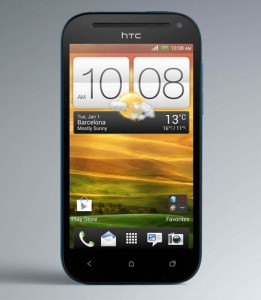 HTC has just told me that they are releasing a new Android smartphone to join their nifty One range here in the UK, the HTC One SV.

The new HTC One SV will be here in the next few weeks and lands with Android 4.0 Ice Cream Sandwich and HTC Sense 4.

The HTC One SV is powered by a dual core Qualcomm Snapdragon S4 processor clocked at 1.2GHz mated with 1GB RAM and equipped with a 4.3-inch Super LCD 2 touchscreen display and dual cameras.

On the front of the HTC One SV there is a 1.6 megapixel camera for video chat, plus a rear facing 5 megapixel f/2.0 backside illuminated camera with 1080p HD video and Panorama skills.

“The HTC One SV heralds the next generation of smartphone performance and lightning fast mobile internet,” said Peter Chou, CEO of HTC Corporation. “We’re delighted to help fuel the spread of 4G LTE networks worldwide with models that enable our customers to enjoy web browsing, movie streaming and Internet radio more quickly and more smoothly than ever before.”

The HTC One SV is pushed along by a removable 1800mAh battery Li-ion battery and comes with 4G LTE, NFC, Beats Audio and a microSD card slot which can take up to 32GB cards to bolster its 8GB storage.

The One SV will sit alongisde the HTC One S but will drop its screen resolution (down to 480 x 800) in favour of 4G speediness.

Unfortunately, no word on pricing as yet but I can tell you that it will be available in both white and blue.