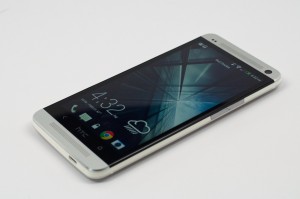 HTC was the big winner at the T3 Gadget Awards with the company’s HTC One smartphone picking up no less than three prizes.

The Android handset beat both the Apple iPhone 5 and the Samsung Galaxy S4 to win Phone of the Year – and also claimed Gadget of the Year and the T3 Design Award. I now feel even happier in my latest choice of smartphone 😉

As you know, I’m a fan of the HTC One with its slim, reassuringly rigid aluminium body which is bonded to the 4.7-inch screen by a technique that doesn’t leave a single gap. That screen, by the way, packs a razor sharp 1080p full HD resolution and Retina display-spanking pixel density of 468ppi.

It wouldn’t be right if Samsung, Apple, Google and Sony went home empty handed so it was good to see them all mentioned at the seventh annual T3 awards in London last night.

Apple won Tablet of the Year and Computer of the Year for the iPad Mini and the Mac Book Air 11 inch.

Sony also got two prizes: their NEX-6 won the Digital Camera category, and TV of the Year went to the snappily named Sony Bravia KD-84X9905.

Google took home Innovation of the Year for Google Glass while Samsung was named Tech Brand of the Year.

Other winners included Netflix, who won Digital Media Service of the Year.

Tech Moment of the Year was awarded to Felix Baumgartner for his daring skydive from the edge of space a year ago.

That was in a year which included the Curiosity Rover reaching Mars, Gangnam Style hitting one billion YouTube views, the battle between the Xbox One and PS4 at E3 and the UK launch of 4G.

But, let’s face it, jumping from a ledge to drop 24 miles at speeds of up to 600 mph does take some beating.

Jason Bradbury from The Gadget Show was named Tech Personality of the Year.