HTC is One More Phone Company in Trouble 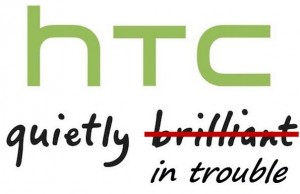 Following the troubles currently faced by BlackBerry builder, RIM, it appears that HTC hasn’t been doing as well as it has in the past.

HTC has has just released its latest financial results and its profits are down a worrying 50% against the same period last year.

HTC has had a number of issues over the last couple of months, the main one being the delay of its new smartphone launches in the US due to two devices being held by US customs after a legal dispute with Apple.

HTC has also had lower overall sales than before, something which they are looking to change in the future by releasing fewer models and concentrating on the higher end devices such as the One X.

I really hope that HTC can get things turned around as I really like their handsets and the Sense user interface is probably one of the best Android UI’s out there.