HTC One launches in UK on Friday 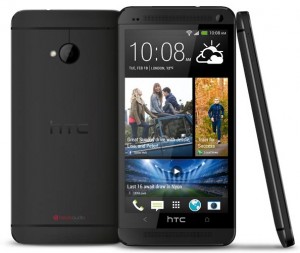 HTC’s latest flagship Android, the HTC One, should’ve launched in the UK over a week ago. Now, the word is that it will arrive this week.

HTC announced that the HTC One will launch in the US next month and stated that the UK should get it this week, but did not specify a day.

There has been whispers that the One will touch down on this Friday, March 29th.

This ties in nicely with what Clove has stated on their website after the delay. Naturally, this has yet to be confirmed by HTC.

The HTC One comes stacked with a 4.7-inch full HD display pumping out a resolution of 1920 x 1080 pixels at 468 pixels per inch, it also features Android 4.1.2 Jelly Bean and is powered by a quad core 1.7GHz Qualcomm Snapdragon 600 processor.

The HTC One is also equipped with 2GB of RAM and a choice of either 32GB or 64GB of built in storage, plus HTC’s new Ultrapixel camera which features a f/2.0 lens and the HTC Sense 5 user interface.

You will have probably seen the adverts bragging about the Beats Audio powered, BoomSound front facing speakers… for all the details, check out the official video below.