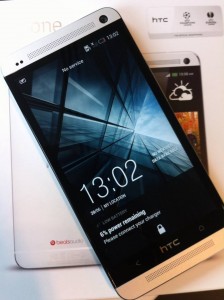 The HTC One could well become even better soon, thanks to an Android 4.2 update.

The latest update to Google Android Jelly Bean – 4.2.2 – has been released as an over-the-air tweak in Taiwan.

The HTC One Android 4.2 update is around 465MB in size and it brings a number of new features to the HTC One.

The update features “important enhancements and bug fixes.” Those enhancements include a change to the launcher bar and switch up in the widget panel’s arrangement, as well as the addition of a lock screen-style widget.

The Home button’s behavior has been “enhanced,” according to the System Update info page and the battery charge can now be seen from within the status bar.

Hopefully the update being released in Taiwan should mean that it will be released in the US and Europe shortly, as soon as I get the nod I’ll let you know.