HTC One Google Play Edition, is it worth getting? 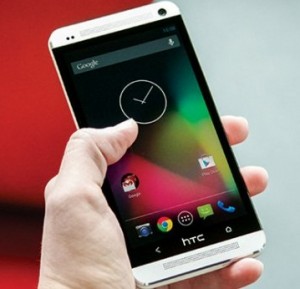 The HTC One Google Play Edition launched earlier this month and what I’ve been asked is whether or not it is worth getting. Is it faster as it runs stock Android rather than Sense 5? Does the battery last longer?

The good folks over at Phandroid have posted a handy video which gives you the run down of all the differences, good and bad, between the HTC Sense 5 version and the pure Android HTC One.

The HTC One Google Edition lands with the identical a 4.7-inch full HD display with a resolution of 1920 x 1080 pixels and the speedy quad core 1.7GHz Qualcomm Snapdragon 600 processor but runs on the undiluted Android 4.2.2 operating system.

That means that this HTC One is running an Android skin of Sense 5 which is over stock Android. Confused? Yeah, me too. Basically the updates are sent from HTC to Google, who squirts them out to you and not through your carrier.

If you’ve used the Nexus 4, then everything will seem very familiar – apart from the HTC One lists the apps in a 4×5 rather than 5×5 configuration.

You get various app toggles which you don’t get in Sense 5 and the Google One gets to keep the Beats Audio ear-pleasing app.

You do lose Zoe, and other camera niceties as HTC has added quite a lot of functionality which is not available in the neat Android OS. The IR blaster is also made impotent as the app support for that is through Sense 5.

Flicking through the screens and accessing apps is pretty much the same as is the battery life on the both the carrier and Google versions – although you do lose Power Saving mode that Sense 5 brings to help you eek out more life from your cell.

True, the Google Play Edition has some new quick toggles brought to it, thanks to 4.2.2 but, looking at the standard HTC One in the video which is running a “leaked build” version of the latest Android OS, you’d eventually get the same as the Google Play one plus some extra shortcuts such as Screen Shot, Wi-Fi hotspot toggles, and such.

For the $600 asking price for the 32GB version, you do get a legit unlocked device but lose some of the Sense 5 polish. Watch the video and make up your mind if the Google Play Edition is the one for you.