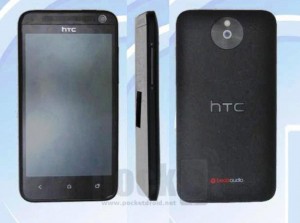 Whilst the much anticipated arrival of the new HTC M7 has been grabbing the headlines we mustn’t forget the another Android smartphone which will make its debut appearance at HTC’s press event on the 19th of February – the HTC M4.

The HTC M4 will meet its public very soon but it looks like it has already been in front of the cameras and sneaked the results on to the interweb.

Other rumored specifications on the HTC M4 include 32GB of built in storage and a microSD card slot to boost that some more, plus Android 4.1 Jelly Bean.

Not long now for all the official HTC goodness, mind.