HTC M7 laughs at megapixels, it’s all about ultrapixels 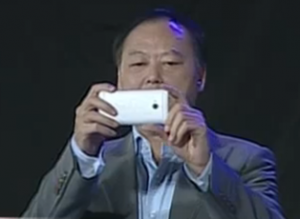 HTC considers megapixels to be yesterday’s news and will be fitting a new camera sensor on its much-rumoured HTC M7 smartphone which will use what the company calls ultrapixels.

There has been rumours aplenty regarding the HTC M7 – one of which is that it would come loaded with a 13MP sensor – well, according to insiders chatting with Pocket-lint, that is not entirely true.

Word is that the new camera will be made up of three layers of 4.3-megapixel sensors which will be combined to produce a single image. Those of you less mathematically challenged than I will have already worked out that 3 x 4.3MP is, as near as damn it, 13-megapixels. The thing is that the finished images from HTC’s latest flagship won’t be larger than 4.3-megapixels in size.

This technique means that three lots of data can represent one final pixel. All that extra data can be intelligently “combined” to generate a crisper, cleaner image with better colour accuracy.

Nokia used a similar approach with great results in their 808 PureView but utilising a more standard sensor.

The Ultrapixel sensor is expected to be a core feature of the new M7 smartphone – the name of which is still to be officially confirmed. HTC will have to find a way of making it very clear that their latest and greatest is packing more than a 4-megapixel camera without confusing the punters.

Nokia had a similar issue with the Nokia 808 Pureview’s boasts of a 41-megapixel sensor which was only available in one mode, whereas the smartphone’s more common settings would restrict output to 8-megapixels which boasted greater clarity.

February 19th will make everything clearer as to whether or not ultrapixel will replace megapixel.