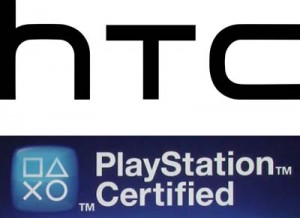 Fancy playing PSOne games on your HTC Sensation XL? It might happen this year as HTC mobiles look to be getting PlayStation certification from Sony.

Naturally, the only devices that have received Sony’s PlayStation certification so far have been built by Sony.

But, according to the lovely folks over at Pocket-Lint, HTC will be one of the first companies outside of Sony that will receive PlayStation certification for their smartphones.

“It expands the PlayStation experience beyond the PSP border. It is the first cross-platform endeavour,” said Kaz Hirai, then Sony Computer Entertainment CEO and now company president of the whole shebang.

Sony and HTC could possibly announce this new partnership at MWC 2012 later this month, and the first devices are expected to debut in the second half of 2012.

This would bring a range of new games to HTC’s Android devices and, should Sony expands the partnership to other manufacturers, it could well be an extremly profitable move for them – but would this eat in to their PS Vita sales?

Would you rather game on a HTC handset than the Sony Ericsson Xperia Play?