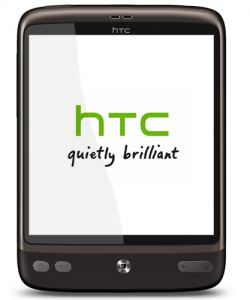 It looks as though some info about HTC‘s entry to the tablet melle has come to the surface.

The HTC Flyer, as it is known, seems to be pointed at the Galaxy Tab rather than squaring up to the usual target of Apple’s slab.

The Flyer will apparently be equipped with a 7-inch screen with 1024×600 res and will be poked via a stylus.

Under the hood purrs a Qualcomm Snapdragon MSM8255, used recently in HTC’s Desire HD smartphone (hands on review to come soon) paired with 1 GB of RAM.

The Flyer will be rocking DLNA video-streaming as well as an HDMI port with access to HSPA networks.

There will be a 5MP camera round back complete with flash and a 1.3MP lens facing the user.

OS of choice seems to be Android 2.3 rather than the shiny new 3.0 Honeycomb.

This probably points at HTC being eager to get their new kid onto shelves as soon as poss – although that doesn’t really sit as Motorola’s XOOM is supposed to land with Honeycomb in February, only a matter of weeks away.

Naturally HTC will cloak the Googley OS with their popular Sense UI much to the elation of Sense fans.

Shipping rumours are pointing at March for the US, and April for Europe but this is all unofficial and, as usual, should be taken with a dusting of salt 😉