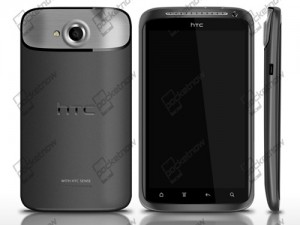 You reckon that dual-core processors in a mobile phone is pretty neat? Check out the HTC Edge – the world’s first Nvidia Tegra 3 quad-core smartphone.

The pics and specs of the HTC Edge have thankfully found their way onto the interwebs and, as you can see, the Edge looks similar to the Sensation XL (review to appear soon) but the classy brushed steel back only goes as far as the camera surround.

That’s all by-the-by as it’s what the Edge has under the hood which we’re all interested in, right?

You’ll also get 32GB onboard storage for all your stuff and the Edge will be packing Beats Technology to please your ears.

The HTC Edge has followed the iPhone 4S with its choice of snapper specs as it is equipped with an f/2.2 lens managing a 29mm aperture for its 8-megapixel pics. It would be a safe(ish) bet that the Edge will match the US only Rezound and capture 1080p video too.

You’ll be able to view your handiwork on the Edge’s 4.7-inch screen at 720p with a near Retina Display count of 312ppi.

I would like to assume that the HTC Edge will appear at the start of next year complete with Ice Cream Sandwich (Android 4.0) as its operating system of choice.

Throw in a wireless keyboard, mouse and Wi-Fi smart TV then you pretty much have your workstation in your pocket – or at least a small bag.

Does the thought of pocketing a quad-core phone excite you?