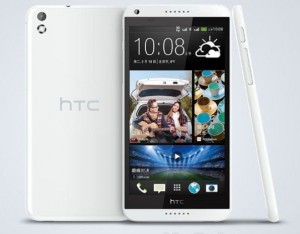 HTC has officially teased the device, and it looks like it will be made official on February 24th.

The HTC Desire 8 will be equipped with a 5 megapixel camera for video calls up front and on the back there will be a 13 megapixel unit.

As yet there are no details on the processor, although it’s expected that the handset will pack a quad core chip and between 1GB and 2GB of RAM.

The report also suggests that it will come with a plastic body and be available in a number of colours.