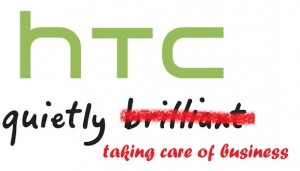 It sounds like HTC’s Chief Financial Officer, Winston Yung, is packing-up his desk alongside Beats.

Yung has been moved aside after about a year to allow Chia-Lin Chang to take his seat. Chang has an impressive resume including working as an engineer at Motorola, and had been a partner at Goldman Sachs in Taiwan.

Yung, in the meantime, is taking a “corporate development” role.

Winston Yung has been behind some pretty controversial deals during his time in post. Perhaps most famously the $300 million purchase of the Beats Audio brand from Dr. Dre which, from all indications, has not really paid off which would explain why those red-corded ear-pleasers will no longer be bundled with the HTC phones.

It hasn’t helped Yung’s cause that HTC’s balance sheet has gone from being good to to bad and then to worse. A couple of months ago he also announced that that HTC “dropped the ball” with its selection of LTE devices saying that the company simply failed on a design and spec level.

Hmmmm… not the best way to keep your job really.

HTC has provided no reason for the job shift but are undoubtedly hoping that Chang can make the most of their new One range which includes the flagship One X (review to come soon) and, at the other end, the One V.